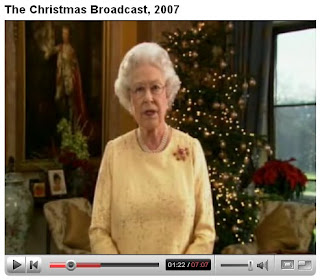 Elizabeth II, the Queen of Britain, has posted her annual Christmas message on YouTube this year. 2007 will be the year when video officially moved to the web–with even conservative government leaders recognizing it as a major channel. Trouble is, the monarchy has blocked the ability of users to share this content with others.

Big mistake. Video content works best online when you give up some control. For example, the latest report by Pew shows 64% of online teenagers engage in some type of content creation–and that means pulling, posting and sharing information.

The survey found that content creation is not just about sharing creative output; it is also about participating in conversations fueled by that content. Nearly half (47%) of online teens have posted photos where others can see them, and 89% of those teens who post photos say that people comment on the images at least “some of the time.

Think of the marketing power behind this. No longer do you have viewers sitting passively in front of TV just watching your ads or message; you now have avid fans reposting, distributing, and commenting on your communication. This builds impressions, can go viral to reach millions, and empowers your users to engage in a conversation.

Giving users such freedom can be scary. We’ve noted that when big organizations or traditional media players (such as the British Monarchy or Oprah’s Harpo Productions) move online, they typically try to restrain the content distribution. Alas, put brakes on it and you stop the impact. That’s why you can’t see the Queen’s message, above, since we could only grab a screen shot. The Queen has disabled the YouTube features that would allow users to share her video or even write comments about it.