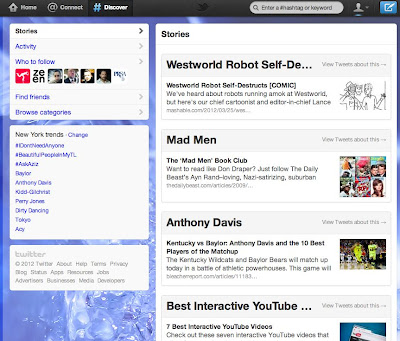 Way back in the 1990s I had the fortune to work with Don Peppers, who created the concept of “1to1 marketing” strategy. Don wrote a series of best-selling books describing a future world where information would allow nearly every service to be personalized — the idea being such customization, newly empowered by cheap databases, would build unbreakable switching costs. LIke a marriage where your spouse remembers you like chocolate in your coffee on Sunday mornings, you’d never leave a business that remembered so much for you that it became inconvenient to go somewhere else. Don’s 1to1 idea was adopted by software companies, renamed CRM for “customer relationship management,” and ended up a sales bullet point for Salesforce.com. The rise of social networks in which consumers talk to each other also took some steam out of the idea, since the business-to-customer 1to1 dynamic became less the focus of marketing strategy when CMOs were scared that the surrounding customer networks had grown out of control.

Which is sad. Here’s a case in point: Twitter. Go to Twitter.com and click on the “# Discover” link at top and you’ll get hit with stories that are popular right now among everybody — but not tailored to you. Imagine all the data Twitter has on us: Our tweets express all our interests, politics, purchases, hope and fears, and our links match up to homophily friendships that could further define exactly what we want. Twitter could build an unmatched predictive newsfeed for every individual, blowing The New York Times or Fox News out of the water with tales customized to our whims.

Except Twitter doesn’t. One top “Stories” recommendation for me today is a link to a Kentucky-Baylor basketball game. I don’t watch basketball. I have never mentioned basketball in any of my 24,410 tweets. Twitter, the game bores me to death, and a cursory analysis of my stream should show I’d much prefer a link to artificial intelligence advances, science fiction films, or chocolate recipes. (Don’t judge. That’s me.)

Perhaps for Twitter the cost of mining tweet data is too high (really?), or the small Twitter team is still underwater keeping the servers running (probable), or Twitter would rather go after very large advertisers such as Pepsi and AmEx who can spray everyone with the same message (ding! we have a winner!). So your news feed inside Twitter is completely off base.

Maybe Twitter just can’t see beyond the initial investment. Treating everyone the same is the easiest form of marketing, and 1to1 requires an upfront investment hurdle far before services reap the rewards of loyalty or increased use. The only companies really doing personalization are Amazon.com and Netflix, which must offer recommendations right before each sale, and so 1to1 prediction is a competitive requirement. Twitter is still just learning to accept ad payments from mass marketers, so the personalization concept may be too sophisticated at its early monetization stage.

Sad. Because, Twitter, this unpersonalized “# Discover” news stream stinks, and makes me spend yet more time on Google+. Which is exactly the point: If you treat everyone the same, customers don’t feel bad about leaving you. 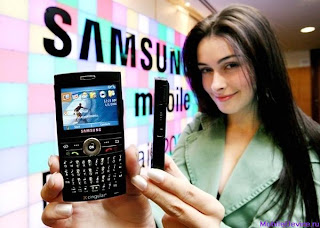 Look, we shouldn’t be seduced by brands, because after all we work in advertising and understand that brands are just designer coloring put on commodity products. But last night we were checking out reviews of digital cameras … and realized we were drawn to the Samsung, which looked a bit like the Samsung Blackjack smart phone on our desk, which had a similar red hue as the Samsung washing machine in our laundry room …

And we realized. Branding by Samsung got us.

How does this happen? Psychologists suggest there are three aspects of loyalty: affective (emotional attachment), continuance (the perceived cost of switching), and normative (the feeling of obligation). Marketing gurus such as Don Peppers explain there is a hierarchy of loyalty drivers: quality, then loyalty purchasing (the points you earn on your credit card), and ultimately personalization (which competitors find difficult to match). Marriage is the ultimate bond of loyalty, where psychological emotion (love) and sheer marketing convenience (she knows how you like coffee) make staying the rational choice.

But we think there is something more basic in loyal consumption, the same impulse that makes schoolkids take the same seat in class each day, or drives you to select the same parking spot. Humans are comfortable in ritual. In the transaction utility of a purchase (the juice you get by making a selection), picking something new yet familiar is reassuring. Apple is the brand that combines this best — you love the new iGadget, but you’re comforted by the past performance. Probably our ancestors who found safe shelter, such as a cave without snakes, and stayed loyal to it survived … while the brand promiscuous got eaten by a bear.