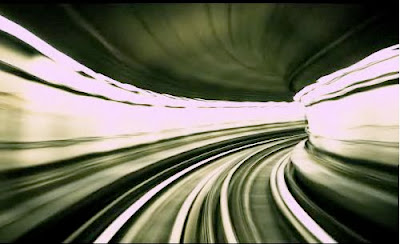 Marketers have been growing nervous about digital video recorders, those boxes now in 1 out of 4 U.S. homes that allow consumers to easily skip over TV commercials. So they may have a heart attack after the Supreme Court cleared the way yesterday for Cablevision to offer virtual DVRs to its customers.

Sure, this looks like just another cable add-on — but as Josh Bernoff notes at Forrester, now Cablevision can launch DVR-type recording options on a system-wide basis vs. installing them gradually in individual homes. DVRs are great for consumers because you can pause regular TV programming during a bathroom break, record shows you don’t want to miss, watch things later, and yes, skip commercials. Bernoff predicts virtual DVRs with clever functionality will expand rapidly as Comcast, Cox, AT&T and others try to differentiate themselves from satellite providers DirecTV and Dish Networks with less-nimble on-demand services. We imagine, for instance, a cable company with unlimited storage could let you build a personal library of your favorite TV shows — a great switching cost to keep you from ditching Cablevision for satellite TV next year. Such services could even slash customer churn among the 7% of the U.S. population who moves each year to a new home, because you could now take your entire library with you remotely — as long as you stick with the same cable provider.

It’s not the end of the advertising world, certainly. Cable companies derive revenue from advertisers and won’t rush to kill their golden geese. Tim Hanlon, EVP of Viva Ki Venture, told the LA Times that advertisers could even use expansion of on-demand video to improve ad targeting.

Still, consumers gain a new remote. There is a huge market for content right now, when you want it, and remote DVRs when ubiquitous will give consumers great control over which messages they see or skip. Advertisers will have to rapidly build more relevant or integrated content if they want to avoid the fast forward button.

Sure, it looks like an iPhone, but designers who complain about the mimicry are missing the news. Verizon’s sexy Voyager, due Thanksgiving, matches Apple by giving U.S. consumers the real internet via cell phone — not the resized, reordered images of WAP pages, but a full HTML browser. Since we predict this phone will be cheaper than Apple’s, and avoid the glacial EDGE network, consumer adoption should spike.

Evidence? Most cell phones in the U.S. have some access to the internet, including the one probably in your pocket. But 75% of us don’t use the mobile web — the WAP interface is too archaic, logging on too difficult, screens too small, and networks below 3G too dang slow. Unless you love ESPN or trade stocks, you probably have never booted the browser.

Now, as handset makers emulate Apple and give us real HTML, the internet will become truly unplugged. Early reviews say the Voyage interface is not as clean as Apple’s. No matter. Competitors will pile on. About 50% of children in the U.S. now have cell phones, and you know they’ll want the Web for Christmas. Apple will respond with a 3G iPhone that actually takes good pictures. Advertisers, stayed tuned — Google will soon be in our pockets. 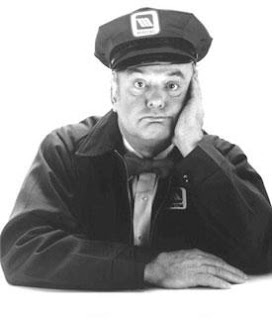 We were on the phone a few years back with the head of marketing for a major washing machine manufacturer. The guy had a problem — washing machines tend to work very well for more than a decade, but when they break, consumers rush out and buy a new one within 48 hours. His question: How in the world could he market in such a low-interest consumer category when customers never think about his brand, until suddenly and urgently they do?

We describe such customers as having high modality. It doesn’t mean your product is bad or that your customers don’t like you. It means your product may be so good, or such a simple subscription model, that consumers don’t think about it often until some distant switching point in the future.

If you have customers who don’t call often, outdoor should be in your media plan. It works.

Billboard gets a bad rap by some marketers who don’t understand it, and say things like “outdoor is just for branding.” We challenge that opinion with some raw numbers: Billboard is the second-fastest growing medium in terms of total advertising dollars in the U.S., with share of ad spending up exactly 300% from 1996 to 2007. After the internet, no other ad channel is growing so quickly. By comparison, newsprint ad spending is down 25.6% in the same period.

Major advertisers wouldn’t triple their spending in a category unless it was working. Look at OAAA’s list of top billboard advertisers and you’ll find two patterns: companies that try to steer you off the next highway exit (amusement parks, McDonald’s), and organizations such as hospitals, cell phone carriers, and insurance companies where consumers need them only very infrequently.

Why? Billboards build cheap buzz. Companies who have consumers with high modality need to intercept them at a low-cost hum level. American consumers are spending more time in cars, and less time with traditional media as the internet captures attention inside the home. Outdoor has gotten its act together with cleaner formats and new digital boards. Outdoor is the cheapest way to provide a low-level hum.

Outdoor does have problems — it’s difficult to measure response, DEC metrics don’t exactly match up with the media math in other channels, bad designs or locations can spoil the impact, and billboards work best when integrated with other channels, making results, yes, even harder to measure. But if customers love you only infrequently, try meeting them in the great outdoors.