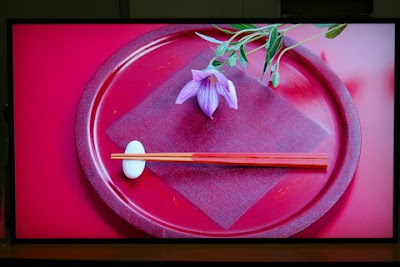 This week it finally ended. No, not the battle between Hillary and Obama; just visual reality.

The image above is the latest tech toy profiled in Engadget: a Samsung 46-inch High Bright panel that has three unusual features: (1) it’s three times brighter than current LCD screens, (2) it’s so bright it’s visible outdoors, and (3) it was designed to be tiled — stacked side by side with invisible edges between the screens.

Get it? Suddenly people can build ultra-bright, ultra-high-res video walls of infinite height and width, laying visual bricks for walls or ceilings or sides of buildings with images brighter and more clear than reality. The costs to do this will be prohibitive in the next year or two, but soon, probably starting in Dubai and working back to the U.S. through Vegas, you won’t believe your eyes — because everything cast at you, inside and out, may not be worthy of belief. 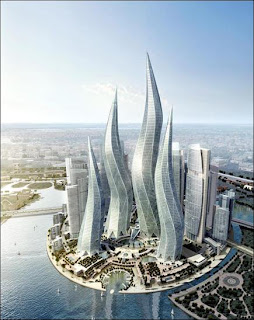 Dubai is fascinating — who wouldn’t want to create a modern world from scratch, a place where architects design 94-floor skyscrapers to resemble flickering candle light? This city in the sand is home to a multibillion-dollar expansion, fueled by oil profits from the United Arab Emirates and what some say is a long-term ploy to turn the economy of the Arabian Peninsula away from oil dependence (yes, someday we will run out) to commerce and entertainment.

American Public Media’s popular Marketplace program is delving into Dubai this week, and uncovering some old-school business models. Last night radio host Kai Ryssdal interviewed Hassan Fattah, formerly of The New York Times, over the launch of a new English newspaper in Dubai at a time when most of the newsprint world is evaporating. Fattah said, This is the fastest growing country in the world. Internet penetration is not that strong here so by definition the old model of the newspaper still exists and it’s still thriving. And, in fact, there is a reason that newspapers like the Times of London are now jumping over themselves to publish here.

The media opportunities in Dubai are sweet. Part of the city has been renamed Dubai Media City, a tax-free regional media hub with huge fiber optic infrastructure. Some restrictions apply — Pakistani channels are mostly shut down, and internet content is filtered for anything related to sex, the Baha’i faith, or coming out of Israel. But Marketplace notes the huge, burgeoning population of English-speaking expatriates creates a sweet growth model for old-school print and other media. If you don’t mind state rules, Bollywood films and cricket fans, Dubai is open for media business.