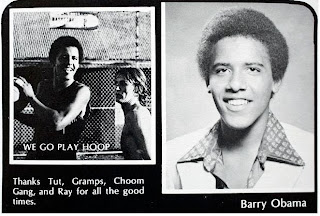 One of the most exciting media trends of the past few years has been the return of the hack. You know, biased journalists: Fox News slamming liberals; Newsweek misleading readers that Barack’s real name is Barry; Harper’s magazine calling John McCain a hypocrite on its cover (just out in print, web link not available). You can almost feel the testosterone heat surging among editors who, emboldened by blog blather and retreating readers, say, hey, we have opinions too!

This is big change because not so long ago journalists were pure of heart. Saints. For a brief period of time, say 1935-2000, Western reporters took oaths in an altruistic calling — a Switzerland amid a commercial world at war, casting news from the mountaintops about truth and justice, and keeping their hands clean. Heaven forbid opinion crept in, or worse, someone tried to buy it. Money? Gifts? Lunch? Please, we don’t touch that. Talk to the clerks in ad sales.

The height of such altruism was Bob Woodward and Carl Bernstein, whose feverish reporting of Watergate in the 1970s ticked off Nixon loyalists but was more about truth than liberalism. Read All the President’s Men and you get the vibe of two guys simply trying to solve a puzzle, because the truth was out there. If the break-in had been orchestrated by Martin Luther King Jr. or the Pope, you sense Woodward and Bernstein would have dug all the harder to get that scoop.

Ah, but that’s all over. One million blogs filled with internet flames have caught the attention of the reading public, and newspapers and cable networks are tripping over themselves to share a little venom, too. Which is simply a return to reporting’s roots.

Journalism began as a sordid business, back in Renaissance Europe with handwritten newsletters slamming political foes or reporting ghastly deeds. The legend of Count Dracula started with hacks documenting the grisly acts of Vlad Tsepes Drakul, perhaps with embellishments to protect German interests. Jonathan Swift of Gulliver’s Travels fame wrote a little piece skewering the prejudices of the English, coyly suggesting all those pesky Irish troubles could be solved if the Brits just ate Irish babies.

Passion makes for good copy. So the hell with church and state. If we all wanted pure news, we’d still be reading newspapers — and odds are, we don’t. We want sex, violence, and a point of view that amplifies our own. Admit it and embrace it: The gloves are off journalism, baby, so may the best slander win. 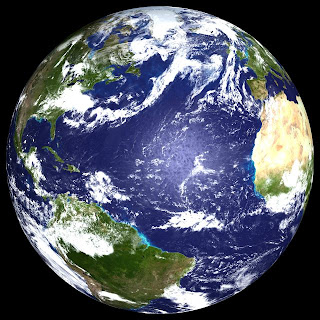 What would it mean if the economy stopped growing?

We stayed up until 1 a.m. Friday night arguing this with our brother, a smart, liberal, arts- and granola-minded man who has settled down with a lovely woman in a tiny town in Maine. He’s taken up environmental activism and since we work in marketing — you know, stimulating demand while a bit worried about melting glaciers in our heart — and he works for a nonprofit job corps, the conversation rubbed a bit raw. Brother pointed out that our job in advertising leads to consumption, which triggers pollution, atmospheric poison, dead coral reefs, the end of an inhabitable planet, and eventually a burned out shell of carbon circling our sun, covered in the detritus of plastic CD casings and Christmas bubble wrap.

Well, if you put it like that. Steven Stoll raised the same question in the March issue of Harper’s: How long can unbridled consumerism last? The desire to ingest new things is the engine that turns the economy, and economic growth is the aspirational principle that eliminates disease, gives millions clean water, creates jobs, and pushes technology. The fact that you are reading this on a brilliant micro-computer more powerful than the machine that calculated orbital mechanics to put men on the moon is tied to the fact that your parents bought way too many things, stimulated business, and spurred investment.

Yet, man, the landfill off I-95 north of Hartford, Conn., is looking tall. Uncontrolled growth in biology has a very ugly term: cancer. So what will our voracious appetites and sprawling cities do to the planet if unchecked?

Stoll, in his essay, suggests that the past few hundred years have been an aberration, and that as the world’s resources eventually become scarce, human beings will be forced to adjust to a stationary state — an economy in balance. Trouble is, people tend to get ticked off when growth stalls. In the Great Depression, families starved, and in the stagflated 1970s U.S. cities had massive crime waves. Every time the GDP flattens out, society rebells.

Our brother suggests the individual path: Consume less. It’s a noble idea, we said, but we responded that the desire to consume is ingrained in human genes. Consider the hungry effect chocolate has on most people. Peter Rogers of University of Bristol in the UK noted it isn’t the chemicals in chocolate that give us the craving, but the fact that we know we can only eat a little and have to stop. The psychological impact of having to restrain ourselves — of not having enough — makes us want chocolate all the more.

And that’s the problem with the future of the planet. Resource scarcity creates an inevitable crunch (Google “peak oil” to get really scared), yet as resources grow scarce we all hunger for them even more. We told our brother that perhaps the only way out is to redirect human longing, like parents pointing bratty children at dinner to the vegetables, by leading people to consume things that are good for the Earth. Cars that run on hydrogen. Clothing made of bamboo and hemp. There are rays of hope in greener technology, and the maturation of Western Society into service-oriented businesses (advertising agencies, after all, don’t pollute).

The debate creates a business opportunity. Imagine the profits to be had by the first major company to produce cheap hydrogen fuel cells, allowing you to plug in your house, boot up off the grid, and emit nothing but water vapor as waste. A market exists to meet consumer demand with efficient supply, or better yet, goods and services that give something back. In the long term, we’ll have to get there when petroleum and forests begin to run out. In the short term, profit goes to the first mover that meets the unmet market need.

The choice is twofold: Either we stop wanting so much, or we start wanting things that are good for us. Since want seems to be part of the human condition, dear brother, here’s to wanting better things.