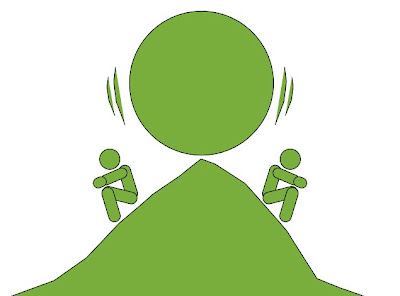 Ever argue over a contract? Feel caught in a Mexican stand-off? Have a harsh debate with your spouse? You’re probably caught in the Nash Equilibrium.

John Nash was a mathematician who went mad, as immortalized in the film A Beautiful Mind, and he created the game-theory concept. The idea is obvious, once you think of it — there are occasions when individuals who compete, if they stick to their own strategies, end up with a lesser outcome than if they had cooperated.

A classic example is men competing over women in a bar (bear with the ownership construct, female readers, we don’t mean to offend and you must admit, men compete). Say three men walk into a nightclub and see four women; three of the four women are moderately cute, and one is a stunning model.

If each man follows his “individual best strategy,” he will likely try to win a date with the model, ignoring the other three women. This of course will mean (a) only one man can possibly get the model, and (b) if the girls are friends, the guys’ ogreish behavior may alienate all of the women. Ending: No one gets a date.

Now, rewind. If the three men change their strategies, they could each flirt with one of the three cute women, and ignore the beautiful model. The probable outcome in this scenario is each man will find a woman as a date, six people walk home happy holding hands (and the model struts off in a huff).

Trouble is, Nash wrote, the latter scenario — with a more optimal outcome — is not an equilibrium. All parties pursuing their selfish interests are more likely to use selfish strategies, so the “equilibrium,” or balance of opposing forces, will probably be chaos. Men get selfish. Individuals fight at odds with each other. People grab for resources. Everyone neglects the big picture, and the greater good is lost.

Hey, we just explained much of human history.

Which brings us to marketing. Many campaigns today require cooperation among multiple parties, and success usually hinges on the parties all working together. Unfortunately, multi-dimensional cooperation is often hampered by disputing interests — as suppliers and advisors and producers and creative shops and a host of other groups negotiate back and forth with each other. This turmoil is exacerbated by the economy of the 2000s, in which small business groups band and disband efficiently to achieve goals (vs. the old models of giant corporations like GE and IBM controlling all levers). As the global economy has become more networked and fluid to form groups to meet short-term project demand, the competing interests often make goals hard to achieve — if each party follows its individual strategy without evaluating the best possible group outcome.

There is one recent positive example of competing parties overcoming the Nash Equilibrium. The United States and Soviet Union somehow managed to avoid nuking the Earth in the Cold War of the 1940s-1980s. Both nations had a strong individual incentive to strike the other first, in hopes they would knock out missiles, achieve victory, and then rule the planet … but sanity prevailed.

Such sanity is rare. Optimal success, not just individual success, requires a level of cooperation that individuals usually cannot muster. In the absence of the big picture, small teams will follow their own incentives … into the failure of the Nash Equilibrium.