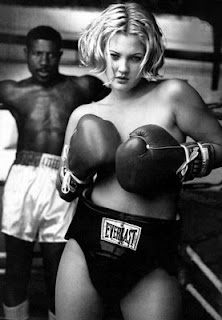 Last fall we came across Google’s image labeler, a little game that invites you to race a stranger (somewhere out there) in tagging photos with titles that make sense. We got served Drew Barrymore and typed “knockout.”

Turns out Google and other companies are using your personal down time to improve how computers recognize photos, video and scanned text. Humans are better than computers at image recognition; but if millions of humans say an image is X, the computer begins to get it too. In the cleverest move, the twisted-word Captcha codes you type to gain access to Twitter or Facebook are being monitored by The New York Times to improve computer recognition of printed words … in essence, using 10 seconds of your brain to refine software that will scan back issues of NYT from 1851 to 1980.

Both ideas, the image play and “ReCaptcha,” are brainchilds of Luis von Ahn — a Carnegie Mellon guru who created the fuzzy password tests for Yahoo in 2000, and is expanding to use downtime to solve problems of artificial intelligence. The average U.S. consumer spends 1.1 hours a day on electronic games and 1.7 hours using email, all input-heavy interactions that could conceivably be leveraged for broader computing tasks.

Just think of what he’ll do with the 17 minutes you spend in the bathroom.