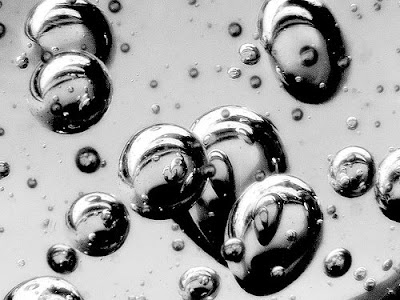 Speculative bubbles can be a good thing. The fiber-optics laid down in the 1990s telecom gold rush created the high-speed backbone for today’s internet. The 1960s space race gave your kitchen a microwave oven.

So it’s swell that the business world remains gaga over social media – because we’ll have to pass through the valley of silly investments with little return before we achieve the future of free worldwide connectivity.

Social media will never be monetized. Here, we explain why.

Google the phrase “(social media site) valuation” and you’ll see scores of articles talking about Facebook being valued at $15 billion, potential returns for Twitter – and none are based on reality. Investors or big software companies want a piece of social media because they think it will attract advertisers, who in turn hope for exponential returns on their ad media dollars.

But ad media dollars will never drive huge returns from social media sites. Valleywag noted recently that Facebook is consistently one of the worst performing sites for advertiser response, with CTRs well below the 0.14% national average. In April, Bloomberg reported that MySpace’s abysmal ad performance was turning News Corp. into a toxic stock. Brian Morrissey at Adweek wrote that social media metrics are still a work in progress. And we’ve noted that Twitter’s millions of users, if you predicted profits generated from advertising results, are worth about 72 cents each.

Social media will never generate acceptable response, because the users are looking elsewhere. They are playing, not reading; socializing, not searching. Widgets don’t work because the user modality has changed.

So where will social media go to survive?

In the near term, social networks must partner or be acquired by larger entities who can make money elsewhere from sources other than advertising, such as their broader communications or software portal. Google could pick up Twitter and play it forever as a freebie, hoping to pull 1.7 million users into more Google ad searches. Microsoft is intrigued by snapping up Facebook’s chatting audiences, even if they don’t pay attention to third parties, to bolster the branding and awareness of other services. We’d hate to see a FacebookVista, but who knows? The Facebook online operating system may someday marry Vista, to make it all work better.

Then, freedom arrives … and no one makes money.

In the long term, Charlene Li will be proved right: social nets become like air. Then the functionality that enables communication will break off from major portals and become standard utilities attached to everything … and no one will make money off them.

Imagine a 2011 iPhone with video and internet and GPS that allows you to push and pull content anywhere in the world for free. Why do you need to access a socialmediasite.com portal? Play this forward to the time when the cost of providing networking services is so cheap, it’s almost zero. Social media becomes a tab on every device; you become the center; no portals are necessary; advertisers can’t intercept you, but then, their third-party funding has become irrelevant.

To fund the transition to the future, we need unrealistic hopes.

Which brings us back to speculation. We won’t get that future technology for free, so people will fund it along the way with false hopes on social media return. And thus, the hype machine is necessary. Speculation leads to innovation, and innovation leads to future solutions. Tomorrow’s future translucent 3-D video glass pod is in a garage somewhere, and the 12-year-olds putting it together do so only because they want a piece of the action.

Jacob Freifeld noted back in 1996 that most speculative bubbles have an underlying truth: a “permanent advance” that causes unreal hopes initially, but remains after the frenzy abates. Social media is such an advance in how people create and connect.

It will come. We’ll all be connected with telepathy for free. But it’s going to take decades and a lot of bad initial funding to get there. So advertisers and marketers, stop complaining about poor Facebook results. Throw your budget in, and hope for the IPO.