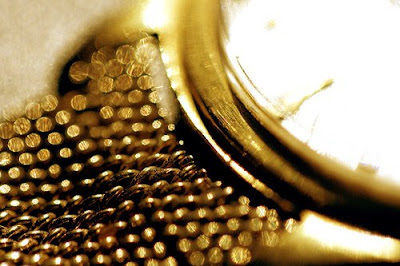 In our 30s we became infatuated with men’s watches — not really understanding the brand hierarchy, but feeling the pull of Patek Philippe on the high end, sometimes admiring Rolex (but knowing they were for old men), shelling out a few hundred for a Swiss Army with complications every few years, and finally settling on Breitling as an aspiration. A bit James Bond-ish, but more complex than the official Bond Omega.

It all culminated on a vacation trip at age 39, when we stumbled upon a jewelry store and began an hourlong flirtation with the young woman behind the counter (sweetie was shopping elsewhere). Italian, the woman was, and the way she presented watches led us to believe a key was being laid on the counter to a new, secret, exciting world of manhood. Every piece of titanium and crystal posed a question: Are you man enough to divine these movements?

But we walked out. Something tipped, more than the idea that a grand for a watch is way too much. We began to realize that watches may become a relic.

What happened? Cell phones, then smart phones, and now iPhones have moved us beyond watching time to connecting with photos and video and blogs and mobile text. The function of “what time is it?” has turned into a periphery, a tiny numeric display at the top right of your cell phone. We now expect our portable tools to do far more. If a watch is a knife — even a beautiful blade — we now need the Swiss Army model, complete with corkscrew and social media.

We’re certain demand for wrist watches will continue, at least for a few decades aided by ads in the Wall Street Journal. But you can feel the shift. Market changes take time, but as SUVs are replaced by hydrogen cars, and newspapers disappear in favor of small internet screens, you have to wonder: How will the long shift of demand affect the products that you sell?