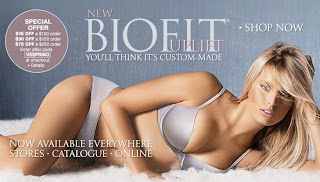 It’s hard to believe but, yes, Victoria’s Secret had a shy beginning. Back in the 1970s, Stanford grad Roy Raymond went shopping for his wife and got embarrassed by racks of panties, so he borrowed $80,000 and founded a store. Subtle. Wood paneled. Where lacy things hung on the wall in frames. Raymond’s great insight was that men buy a lot of underwear for women, but these same men often cringe when seeing rows of empty bras.

The first VS catalogs even showed both men and women on the cover, usually a guy in a tux and the woman in a flowing robe. Sex tonight? No, hon, just dinner. 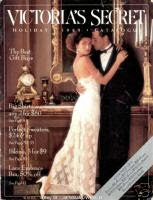 And then the 1990s and 2000s gave America bottomless Esquire covers and diamond-encrusted bras. VS pushed far into the red zone, the American Decency Council protested, and suddenly with sales down 6%, last week CEO Sharen Turney relented — VS is going to tone down the sex. Some like Brandflakes point out Victoria’s Secret brand slipped a demo, and is now more popular among college students than affluent homeowners.

We think VS fell into the trap of adverse impact.

Adverse impact is totally logical, but something most marketers fail to think about. It simply means that your marketing message may repulse a certain portion of prospective customers. Stop & Shop recently sent homes in Connecticut a mailer saying “thanks for being one of our best customers”; our first thought when seeing it was, damn, we’re spending too much on groceries. For every marketing action there is an equal and opposite reaction. 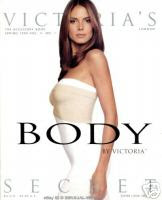 VS is a $5 billion business and has cataloging down to a science. Like most marketers, they probably focus on responses and not aversion. They know catalog response rates, that customer lifetime value is about $450 in future sales, that the optimal number of mailers is 7 to get you to react, and that the black lace on the cover with a red star burst drives a 2.8% response vs. the 2.3% last time they used white. (We’re guessing, but we’ll go with black.) But what VS and others fail to measure is the percentage of consumers who throw the catalog in the trash because they don’t like the message. The adverse impact is simple: Some women may be repulsed by overwrought sexuality, and if those women outnumber respondents, VS begins to have troubles.

There are three ways to avoid the adverse impact trap:

1. Anticipate it. This means setting up a qualitative study to monitor your entire prospect base — which typically includes respondents, “apathetics,” and the repulsed. While ideally your respondents grow, and most people fall in the apathetic middle, sometimes the anti-message repulsed folks begin to swell. VS could have seen this coming with the simple aging of Baby Boomers; as more women move further away from size 2, pencil-thin models may lose their relevance and become annoying.

2. Mass customize. If you are big and must appeal to masses — VS sells about half of all lacy things in the United States — then for Pete’s sake, don’t pitch everyone the same way. Victoria’s product line already provides the basis for customization; Pink for teens and 20somethings, Biofit for women in their 40s, thongs for (admit it) young married men. VS should migrate catalogs to a mass customized platform, using variable printing to put the right cover image in front of the right demo target.

3. Do both! Go crazy and ask your prospects how you could improve the message, and then respond with a customized solution. Have you ever asked customers for feedback on your direct mail, print ad, or web site? What about prospects? How cool would it be to launch a survey with every campaign flight asking unknown, non-customers what they think, what might offend them, and how the message could be made better.

Yes, Victoria, this is radical. But when asking people to consider sex, you must be prepared for different reactions.