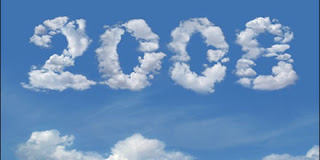 Here’s a feel-good idea for the New Year: What if you could make money by saving the planet?

Recycling gadgets will get more attention in 2008, as 70 million TV sets go obsolete. By February 2009, the FCC will force all TV broadcasters to convert to digital signals, turning millions of old cathode ray tube sets into pretty black glass boxes. Many of these old TVs have 4 to 8 pounds of lead in the screen. You better believe recycling gadgets will hit the major news wires by next fall.

Consider the 500 million used cell phones in the United States, with a combined total of 312,000 pounds of lead. Dump them all in local landfills, and that lead heads for groundwater … and we were worried about Chinese toys? Cell phone batteries also contain cadmium, a human carcinogen that causes lung or liver damage.

Wouldn’t it be interesting if a company had the foresight to profit in advance of an environmental concern? What if a Sony or Apple or AT&T repositioned themselves as a national resource for gathering old gadgets, beyond their own products? We bet they’d make a boatload of money in new gadget sales.

Until then, we offer four ways to clean out the junk drawer for the New Year.

1. Drop off old cell phones at a cell phone store. Most carriers will recycle them, or even donate the old phones to victims of domestic violence. Verizon, for example, has a HopeLine recycling program that has kept 200 tons of electronic waste and batteries out of landfills.

2. If your old gadget seems to still work, punch it in to secondrotation.com. This web site will give you a quote to actually buy your old technology, and if you accept, it will send a free shipping label for you to drop it in the mail.

3. One of the best things you can do is find out where to take old batteries. About 3 billion batteries are sold in the U.S. each year. Call to Recycle offers locations for battery recycling nationally.

4. For general information on recycling, the web site Earth911 lists local resources that will accept batteries and all forms of electronics.