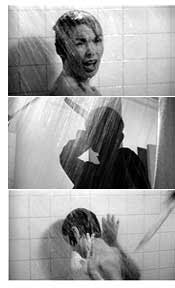 Remember the shower scene in Psycho? Of course you do. We first saw Hitchcock’s classic on television as kids, and the quick-cut montage scared the pants off us. Researchers have long known that human memory is enhanced by episodes of heightened emotion. Back in 2003 scholars at University College London found that asking people to remember a series of words, where startling terms such as scream or murder were included, led to improved recall.

The London study also found recall was worst for regular terms shown immediately before the shocking terms — for example, if the word bread preceded scream, people were less likely to remember the term bread.

This points to two things for marketers: Shock and scandal may work well in ad messaging, since heightened emotional response will drive recall. And second, if your messaging is plain but your competitors’ is shocking, your competitor may win the recall battle by clouding you out. It’s all complicated, something about stress hormones from the adrenal glands on the amygdala flooding our brains. But at least we now understand why Victoria’s Secret once put Bob Dylan in a lingerie commercial. The horror — we still remember.