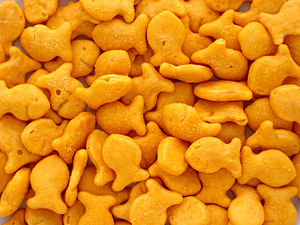 Stories about other brands are often told in marketing meetings, usually with admiration and perhaps with embellishment, and three of my favorite potentially apocryphal tales involve Pepperidge Farm Goldfish, the Ford Edsel, and the Honda Element. They go like this:

None of these stories may be true (although I keep hearing them); a little online investigation found that Pepperidge Farm has been selling Goldfish crackers since 1962, when founder Margaret Rudkin found the recipe on a trip to Switzerland, which doesn’t sound like the start of a bar marketing campaign. Still, the concept that marketers often miss their demo target by a mile and have to quickly adjust products or messaging is one we can all relate to.
The lesson is we marketers are often likely to get our first campaigns right. The only question is, how fast can we react when we discover we’re wrong?