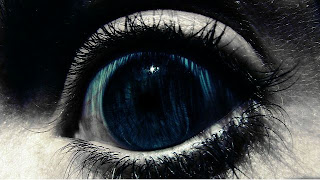 One of the fallacies of marketing is we “target” people as if they were static bull’s-eyes — you there, in the affluent demo, married with kids, PRIZM category mid-life crisis with SUV, intent to buy a red convertible — when really people contain multitudes. Today you’re an office worker. Tonight a mom. Later tonight, a Glee-watching high schooler. Much later, a sexy vamp. Whatever you’re into, you’re into different things, yet marketers fail to recognize your emotional and modality states.

Microsoft will change that. News percolated today that the Redmond giant has a patent for an ad system that would recognize your emotional state, and then match corresponding advertisements. The patent gives a hypothetical example: “For instance, OMG, Inc., is an advertiser that owns bowling alleys and lounges specializing in birthday parties…” OMG wants to serve ads that go “Bang!” with excitement, but kids or adults who are feeling sad don’t react well to such ads. So being smart, OMG sets up multiple versions of its advertising creative, and when the scanner/camera notices the digital viewer looks sad or stressed, either suppresses the ad (no whiz-bang party for you glumster) or could pitch an alternative (come relax in our chill lounge…).

Microsoft calls this “emotional targeting.” You may ask, how in the world could a company track our emotions? Well, your laptop has a camera pointed at your head; Microsoft owns Kinect, which uses body-monitor scanning to allow cool video games, and Skype, where you share videos of your face; in fact, every company working on a smart TV is embedding video cameras aimed directly at you.

In George Orwell’s 1984 the TV sets watch people. In one scene the protagonist moved out of the room, around a corner, to open a book or journal to try to have privacy, but the monitors caught him. Are we afraid of what could happen if the devices we love to watch start watching us back? Or is this a natural extension of marketers trying to personalize offers meaningful to us by moving beyond data trails to direct observation?

2 thoughts on “Microsoft plans ads that monitor your emotion”