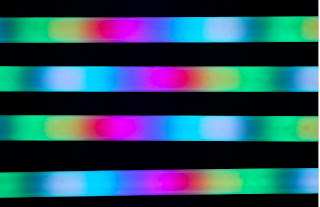 This is a story about how I flirted with Zappos, yet Zappos did not return my call.

Why is this important? If you want to influence someone, you have to try repeatedly. A classic precept of advertising is that to influence a consumer, you must touch them with a “frequency” of three communications per week to get the most response. The big soap-makers (P&G, etc.) in the 1970s and 1980s conducted numerous studies that found 3x contacts per week is just the Goldilocks amount of outreach to get the most people possible to respond to you. This is rather intuitive; your spouse didn’t marry you on the first date, so one “frequency” wouldn’t have worked in your courtship, yet if you hounded her every hour of each day initially, she would have reported you for stalking.

So I decided to test how well brands use frequency inside Facebook. I “Liked” 12 brands on Facebook including Apple, Bank of America, Ford, Pepsi, Starbucks, Zappos and others, as well as the U.S. presidential candidates Barack Obama and Mitt Romney, and then carefully checked into Facebook 31 times over the next 7 days to see how frequently they reached out to me organically in my stream. Liking a brand on Facebook, of course, gives that entity permission to pop up in your Facebook feed like an old girlfriend. Each time I checked into Facebook, I scrolled back for several hours of updates, fervently looking for engagement from my newfound brand friends.

And what I found is … most brands fail at using social media to build frequent interactions. Only Mitt Romney and Barack Obama did well, reaching out to me 5 and 4 times respectively. But the commercial brands averaged a frequency of only 0.6 interactions over 7 days. Less than 1 interaction — far below the threshold of 3 touchpoints required to influence a consumer! Several brands including Apple, Bank of America, Starbucks, Trek and Zappos didn’t even show up once in my Facebook feed.

The other big problem I noticed with Facebook engagement is when brands did send a missive into my stream, it was one-size-fits-all. Pepsi gave me an extended version of its current TV commercial (the irony). University of Phoenix popped up offering me a teaching certificate, while my bio clearly says I work in advertising and marketing. When a brand did try to “engage,” it felt about as on point as a blaring AM radio commercial.

This isn’t really a ding on the Facebook platform as much as worrisome that leading brands such as Pepsi and Zappos can’t build coherent relationships with new fans. Big companies seem more intent on using social platforms as a broadcast medium than a two-way communications stream. But this could also indicate Facebook needs to provide better tools to enable one-to-one personalization, or quasi customization, in brand outreach. If I like Trek, maybe my updates talk about mountain biking more than road cycling, so Trek should be able to tailor its missives to my interests. Spraying all your brand fans with the same message feels a little mass media to me, and while that can work, is it what we really expect from social media?

So here’s an idea. Instead of getting me to Like your brand, how about having your brand Like me?

One thought on “We tested ‘engagement’ on Facebook. It wasn’t pretty.”