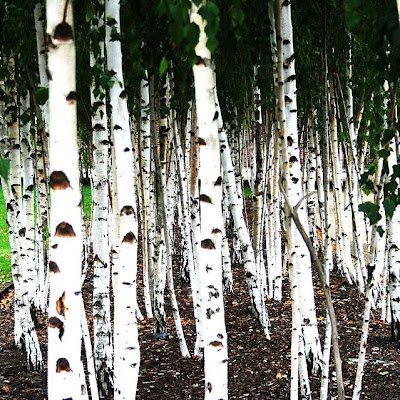 Is the web dying? And if so, will something else replace it?

Pew has a new report out that goes beyond the usual “99% of Americans use mobile phone” surveys to interview experts in digital media about whether the web is going away. For years now, you see, prognosticators such as Josh Bernoff and Chris Anderson have suggested the 1990s web browser interface is being killed by one-touch apps and a splintered gadget ecosystem.

Back in March 2010, I wrote in Businessweek that yes, Apple, Amazon and Google were deliberately selling iPads, Kindles and Droid phones that won’t talk to each other, so they can ensnare their users in content sales. I noted:

A battle looms, and it’s not about selling new gadgets — it’s about using devices to lock you into a content ecosystem. In an ironic evolution of the World Wide Web that once promised consistent access to all of the globe’s information, corporate giants are now striving to wall off sections of content and charge you for access.


So back to Pew’s report. There is huge evidence the “appification” trend will continue; by 2016 there will be 10 billion mobile Internet devices on the planet, 1.4 per human, and Apple and Google mobile audiences have downloaded 35 billion apps to date. Most damning toward the old web, Pew notes that by 2015 sales of smartphones and tablets will outpace those of computers by 4 to 1. It sounds like the web must fade, and that Steve Jobs was right when he compared computers to old dusty pickup trucks, once favored but now replaced by shiny new tablet wheels.

Something else is going on, something that may keep the web alive. If you’ve played with Google+ or Twitter recently, you’re seeing fluid interfaces that must make Microsoft’s software dev teams uncomfortable. Web page designs are morphing into app-like ease. Apple’s latest operating system captures swooping trackpad gestures that merge computers with tablet UX. Microsoft is launching a new OS that combines old Windows folder hierarchies with tablet touch features.

Software and web windows and one-touch apps are becoming all the same thing.

Paul Gardner-Stephen, a telecommunications fellow at Flinders University, told Pew that “HTML5 and other technologies will continue to blur the line between web and app, until the average end user would have difficulty assessing the meaning of this question.” William Schrader, founder of PSINet, said something even smarter — that apps eventually will recognize screen size and slide into large or small formats accordingly.

But the biggest idea for a web that survives came from Harvard professor Susan Crawford, who noted “apps are like cable channels — closed, proprietary, and cleaned up experiences … I don’t want the world of the web to end like this.” Consumers may rebel when they realize they can’t play Flash video on Apple mobile devices because Apple wants to sell them videos its own way.

We can already see signs that the closed app world is reopening. Amazon offers a free Kindle app on Apple iPads, and Apple accepts the app because the utility of allowing the huge Amazon giant in outweighs the dissatisfaction of grumpy tablet consumers blocked from buying readable books.

Apps may be forced to open up, because open systems create better experiences for consumers, and that stimulates demand.

If you step back, today’s closed system designs are pretty gnarly. Twitter redesigns itself constantly, and it’s a mess. (Great, this week you type your tweets into the left side of the layout!) Every app unfolds with different visual standards. Dan Lyons, the brilliant mind behind Fake Steve Jobs, once wrote in a post called “Does nobody care that Facebook looks like ass?” that “I look at Facebook and I feel the way I imagine I.M. Pei must feel when he looks at some giant public housing project. You just sit there going, Why? Why do this? Why make it so ugly when just for a tiny bit more effort you could make it, if not beautiful, at least not horrific?”

Walled gardens and poor UX designs are inefficient. Inefficiency is the signal for competitors to do something new to gain business. So in the deepest of ironies, the profit motive will keep the web open and alive. Something new will emerge, and it will look a bit like the old web and somewhat like a polished app. It will fluidly fill screens of all sizes. And it will be beautiful, because the ugly competitive forces of our world demand it.