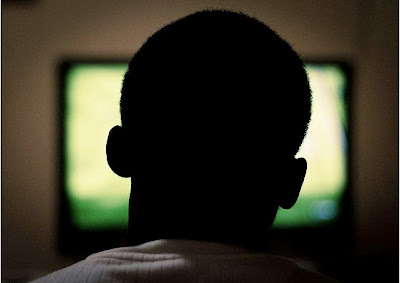 For the first time ever, in 2012 the average U.S. home will have three television sets. What does that tell us about society?

It’s a paradox, really. Talk to many in the ad industry and you’ll hear “TV is over.” Gurus from Don Peppers to Joseph Jaffe have made livings suggesting the fragmentation of mass media has spread the disease of consumer inattention, an inability for marketers to maintain the push messaging strategies of yore. Bob Knorpp, a friend of ours who hosts one of adworld’s cleverest podcasts, The Beancast, expressed surprise a few weeks ago when someone mentioned TV ratings were up in 2011. “How is that possible?” Bob asked. “I thought TV was supposed to be dying.”

Yet what’s happening is more complex — time spent in front of TVs is at an all-time high, while within that time video fragmentation is making audiences more difficult to reach. If TV were a date, she’d be having more sex but with many different people. Our passion for television is hot, but alas, she has become promiscuous.

+ The average U.S. consumer is exposed to more than 4 hours and 50 minutes of TV daily. Both web and mobile use, by comparison, rank under 1 hour a day. TV is the largest canvas to paint your brand picture.
+ 97% of U.S. households own TVs.
+ HD video has renewed interest in television, with 67% of homes now able to receive high-def video vs. only 14% four years ago.
+ The cost of TV sets continues to plummet, with high-def 60-inch LCD panels now below $1,000.

– Advertisers push too many commercials out. In November 2010 an estimated 19,752 commercial messages of assorted lengths were played on TV during prime time, up 43% from 2000. Average commercial time per television hour is now around 18 minutes, vs. about 8 minutes in the 1960s.
– Consumers can’t possibly digest all those ads. The typical person in the U.S. is exposed to 166 television messages each day. Can you remember more than three TV ads from yesterday?
– Consumers are rebelling in two ways — either doing something else when ad messages run (typically “concurrent media use,” looking away at laptops or mobile), or using time-shifting tools such as TiVo and DVRs to record television and watch it later, fast-forwarding over commercials.

To say TV is dead misses the point; audience fragmentation does not mean audiences no longer exist. TV use is huge, yet consumers have found new ways to avoid ads. It’s easy to forecast statistics to paint too bleak a picture; years ago Jaffe, for instance, said that DVR use would be in 40% of homes by 2009, while Nielsen just reported that timeshifting viewing in 2010 was just 9% of all viewing (time-shifting is plateauing, a sign that consumers may be too lazy to push buttons to record and rewatch programming vs. just letting the blue glow of cable wash over them). Video use via the Internet is expected to challenge TV, but in 2010 young adults spent just 6 minutes and 51 seconds watching online video daily vs. more than two hours using traditional TV.

There is no question the television landscape is changing, but it’s been doing that since the 1960s. Marketers exploring television as an option just have to be smarter about planning how to reach their targets.