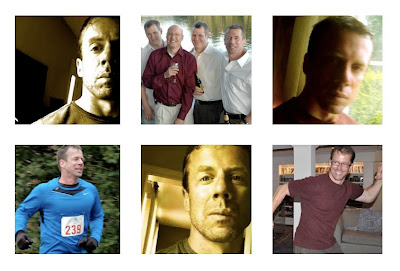 Back in May 1996 when the Web was just getting out of its diapers social scientist John Suler wrote of a new thing called “avatars” — little pictures online users were posting in chat communities to represent themselves. His observation was that the graphics — which could be faces, or bodies, or ASCII smileys — enabled a form of half-anonymity, in which who you are is protected and yet you feel free to express anything. The Id was unleashed, because the Ego paid no consequence.

Suler’s most brilliant insight was that, even then with lousy graphics, user avatars fit nicely with well-known personality types including:

We haven’t evolved beyond this in 15 years. My avatar pics, upon reflection, tend to be schizoid, detached and intellectual, meaning I’m trying to look smart (or just think I look goofy when I’m smiling in real-life action as seen above). Narcissism runs rampant with many users posting avatars of perfect smiles, as if they just got laid, or histrionic with pouting lips and an iPhone visible in the mirror frame.

This protect-oneself-by-avatar-control psychology could explain why social media, with its rather antiquated focus on text typing beside a single photo, is so much more popular than video-conferencing — which is now technically simple and free but has yet to go mainstream as a major daily habit. We create avatars for ourselves because we want the freedom to reveal anything while controlling how much of our souls we expose. Wii dancing, for instance, will never make it to my G+ avatar box.