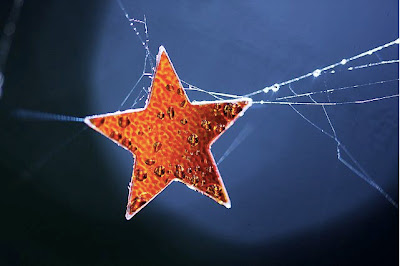 It’s hard to believe, but the day will come when you stop using Facebook. Here’s why.

So imagine you’re on the phone with your boss and beeep a new call comes in from your spicy Argentinian lover who’s in town and then beeeeep yet another call arrives from your Aunt Mildred who used to nag you about flossing your teeth and you have to decide — quick! — whether to keep talking to your boss, or find an excuse to pick up your lover’s voice, or get reacquainted with Auntie.

And you get it. Like those calls, not all network connections are created equal. The inequality of network links is the basic flaw in Metcalfe’s law, a hypothesis by the founder of 3Com and inventor of the ethernet that as networks grow, they rise exponentially in value. Metcalfe’s math, you see, showed that the connections inside networks grow more rapidly than the number of users do — two phones make one connection, but five phones make 10 links, and 12 phones make 66. Because every additional node, or user, links to all the users before her, each addition creates waves of new linkages — and if value comes from links, then networks must scale in value. Metcalfe’s law was famously behind much of the hyperbole of Internet Bubble 1.0 in the 1990s, pushing sky-high valuations for any networked business regardless of whether it was profitable.

Humpty Dumpty sits on the wall
Of course, March 13, 2000 was not kind to pet food companies heavy in e-commerce. After the Nasdaq crash, economists pointed out that Metcalfe’s law has several gaping flaws; for instance, if larger networks are always exponentially more valuable, any firm in the world with a network of users should immediately merge with a similar business. Why would Facebook and Twitter compete, if by joining their numbers 2x they make 200x more value? In 2006 Bob Briscoe, Andrew Odlyzko and Benjamin Tilly pointed out the most famous flaw of all … if we follow Metcalfe’s law to its logical exponential-value conclusion, eventually the addition of one final user would equal all the wealth on the planet, an impossible outcome.

Briscoe and team, pondering why networks may have less value than supposed, pointed to linguist George Kingsley Zipf, who created, yes, Zipf’s law. Zipf noticed that words in the English language are used in descending order of magnitude, with “the,” the most popular expression, making up about 7% of all word uses, followed by “of” with 3.5%, “and” at 2.8%, with all other words trailing in a slow fall-off. Zipf’s law resembles the Pareto Principle that states in any collection a few resources hold the most value, and Chris Anderson spun off of Zipf’s concept with his “long tail” discussion of Internet commerce’s ability to meet diminishing niche consumer needs. Zipf’s finding means that not all network connections have the same value; your boss, lover, and aunt all are connected to you, but like the English words you use daily, you value each connection in different ways.

So if networks have less value than supposed when they grow — when, conversely, does network value fade? Every network, as old as the roads of the Roman Empire, eventually falls into disrepair, replaced by something else. This disutility happens before users bail; at some point, there is a sense that the thing which made a network hot has faded, building an impetus to flee. See: AOL, Friendster, Myspace, Second Life.

Intuitively this makes sense: you can feel the itch today with your land-line telephone and the postal service, the desire to give up on these once-useful services. Other networks you still use are growing painful, too; email is cresting, a slow slog every morning over coffee, and one might suggest Twitter with its elegant 140-character tweets is a new email with less commitment. Facebook and Twitter are growing cumbersome too, one filled with silly games and the other adding complexity to its once elegant system; hipsters are moving past both to Instagram, an app that requires sharing only photographs. (Don’t think the brains behind Facebook and Twitter aren’t worried about such risks; this explains the near-constant innovation and entanglement strategies, such as Like buttons, being spread by both to stave off your boredom.)

Networks have more than a utility based on connections; they also have a shelf life. Our fundamental insight is all those connections can grow or diminish in value at once — based on the context of the network vs. its competitors. Yes, networks rise in value and build gravity to draw masses to their center. But like a planet teeming with life that begins to pollute its own atmosphere, eventually all users long for a fresh start.