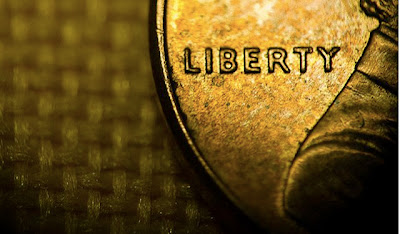 Why, oh, why, is Facebook missing ads on mobile? We believe it has a bigger move in mind — to become your digital wallet. Cell phones, you see, are about to undergo their hottest revolution since they got hooked into the Internet, and there are billions of dollars for the players who can be first to train consumers in the “digital wallet” marketplace. Here’s the scoop:

1. Both the next-generation Apple iPhone 4S and Droid phones will likely support NFC, the “near-field communication” short-range signal that allows consumers to wave a phone in front of a cash register to transfer payments. (Google has told its developers that it will launch dozens of NFC Android phones by the end of 2011; we can’t imagine Apple will be left behind.) Soon, instead of supporting communication, cell phones will also hold the money that supports your livelihood.

2. NFC phones will revolutionize payments. Consumers will dig them, just as you now love your iPhone camera and video instead of lugging around an SLR, and merchants upset with high credit-card percentage takes from each transaction will be open to a new, handier, lower-cost way to get paid. (Ever have a retailer turn down American Express due to its fee structure? You’ve seen the market opportunity.)

3. Yes, there will be tons of competition for the new smart-phone-wallet space. American Express launched Serve in March to tap consumer funds from banks across multiple devices; AT&T, T-Mobile and Verizon formed a joint partnership called Isis to support mobile NFC transactions; expect Apple and its iTunes payment system to leap into the space, too.

So, why could Facebook beat them all? Because of its user base. PayPal makes nearly $4 billion in revenue a year from only 94 million active users buying stuff online; imagine what Facebook could do with 250 million social-networking addicts glued to their handsets. We outlined in Bloomberg Businessweek in March that Facebook has all of the pieces in place to support financial transactions, including Facebook Credits (a virtual currency) and Facebook Payments (a payment system incorporated to support “all lawful business”).

All Facebook needs is the mobile hardware, and that’s coming by Christmas. Facebook has a choice: It could clutter up its tiny mobile interface with ads, potentially turning off mobile users, or it could include a new beneficial service that helps users make payments with cell phones, while charging an invisible, small slice to merchants. Hmm. Which would you Like?

One thought on “Why does Facebook avoid mobile ads? It wants to be your wallet.”