Before we explain, let’s review the rebranding kerfuffle. Gap, a purveyor of American denim and flannel, this week did what companies often do — redesigned its wordmark. The advertising world screamed bloody murder. Abe Sauer over at Brandchannel said the revamp “looks like it cost $17 from an old Microsoft Word clipart gallery.” David Brier of Fast Company called it “goop” and suggested protagonists would get fired. Someone launched the site CrapLogo.me offering infinite versions of Gap-crappy logos, and Adweek named the mock @GAPlogo to its top 25 Twitter accounts. And when Gap backpedaled suggesting it was open to new ideas, the blog ISO50 gathered more than 260 submissions. 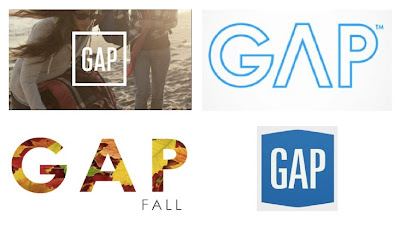 Ad gurus are steamed, you see, because Gap didn’t include enough nuance in its design, and nuance drives humans at the sexual core. It’s certainly not about the actual result, because Gap’s new use of the classic font Helvetica is similar to the wordmarks of other major brands — 3M, American Airlines, Panasonic, Toyota. Agency types are wringing their hands because such simplicity leaves their minds out of the game.

Nuance is a foundational human incentive because sex, food and shelter require it. For sexual attraction, humans look to symmetry as the core indicator of health and high-value sperm or eggs to produce strong offspring. Look at a photo of anyone you consider super attractive — Brad Pitt or Scarlett Johansson — and you’ll find near-perfect symmetry in their features. We focus on nuance because it signals reproductive health. In the long history of human evolution, nuance also led us to berries with more vitamins, tar for blocking shelter gaps, and metal better for battling enemies. Nuance is how we grow and survive.

If nuance is an over-focus of humans in general (Did you see the lines on the latest BMW? Did you try the latest Starbuck’s Via coffee?), it’s even more vital to ad agencies. Agencies are glorified temp workers, extensions of real marketing departments often filled with extremely intelligent right-brain creatives who are rewarded for ideas that scale memes across the masses. This is hard, because the idea marketplace is crowded, so ad creatives explore every angle of every communication and possible response. When found, a slight nuance is often the edge required to succeed. Nuance is the key to breakthrough success. 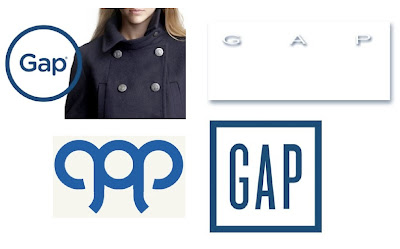 Gap’s logo failed for the design community because it lacks their core value: nuance. The logo is achingly simple, based on the old 1957 Helvetica typeface that has been used for decades by New York City subway signs. The irony of the outcry is the Gap logo’s Helvetica is one of the most beloved fonts among typography geeks; Helvetica is an everyman’s font because its thin lines are filled with nuance, such as a defined spur in the capital G or slight curves at the terminus of the lowercase a. Heck, designers love Helvetica so much they often mock the competing font Arial as a bastardized Microsoft knock-off. You see Helvetica in the logos for BMW and Target. You could argue Helvetica is the most popular font for brand icons in the world.

In its wrap-up of the debate, Yahoo Finance noted Nate Jones as one commentator who actually liked the Gap wordmark redesign. Jones wrote the new icon “brings to mind visions of a streamlined, technologically dominant future America where everyone wears white suits and cool glasses.” Gap’s icon moved away from the nuanced differences. Gap just went simple.

And since simplicity is the opposite of what you want in food, shelter and sexual partners, no wonder you are pissed.