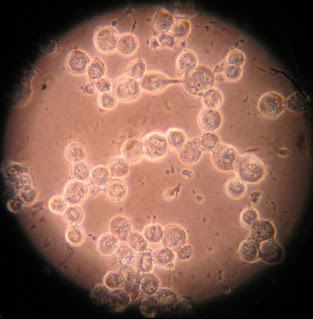 One reason marketers are fascinated by social media is the promise of “going viral,” or achieving “earned media,” in which positive conversations about your brand blossom among customers without you spending a dime. Everyone, from corporations to individuals, secretly longs to become the next cultural meme, to have your tweet retweeted and scaled until the world receives your message.

A recent study by Sysomos shows how difficult this can be. Sysomos examined 1.2 billion tweets and found that most died quickly, with 92.4% of any retweets happening within 60 minutes. About 6% of Twitter messages were retweeted, and 1.53% of all tweets had “three levels,” or bounced back and forth between Twitter users three times. Dirk Singer of UK PR firm Rabbit points out that 1.5% is a relatively high level of engagement compared to other marketing metrics, yet the issue is complex.

To understand why even this is failure, consider the formula for viral propagation. For your message to spread, the passalong rate must be higher than the absorption rate over a given period of time; that is, if only 1 person passes every 1 message along, and then every 1 person stops action, you’ll only have a linear path of meme sharing, and you’ll never reach more people than 1 at a time; you need 1.1 people to pass your message along vs. the 1 person who then stops after sharing for the message to continue to scale upward. Antivirus companies such as Symantec use similar models to predict how computer bugs spread. The formula is this:

So back to Twitter. If most tweets die shortly within 60 minutes, and only 1.53% make it three ripples deep, and most ripples are replies back to the originator, what we have is a half-life — a period of time in which the message must decay, similar to a radioactive material decomposing into something less dangerous. Even if a message does have a passalong generation rate greater than absorption, it will scale to thousands or potentially millions … but inevitably fading consumer interest means the absorption rate grows higher, and the fad dies off. This is why young businessmen no longer ride Razor Scooters in Manhattan, or why Skittles is no longer a discussion topic inside Twitter. Even memes that flare will fade.

There are few cultural messages that continue to spread for more than weeks or months. Religion is famously one; the recent Tea Party viewpoint, which has struck a fertile environment in the anger among recession-hammered Americans, is another. Marketers who seek long-term persuasion of the masses might consider more how to find a cultural niche that will support long-term passalong, instead of the tools such as Twitter that can seed the campaigns. Sustained success in bending the public to your conversation requires more than a hook; it requires a mathematical generation that beats the cold hand of absorption.

2 thoughts on “The formula for going viral (or Twitter failure)”