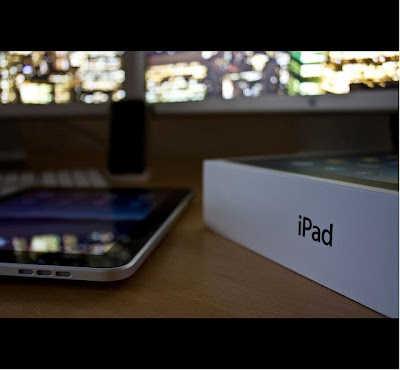 If velocity is distance over time, the iPad is moving fast. Ipsos Mendelsohn, a research group that studies media habits among affluent Americans, reports that newspaper and magazine use is down 16% from 2009 to 2010 among households earning more than $100,000. (Note: Use means time spent reading, not number of issues delivered to the home.) Mendelsohn’s survey of 13,804 affluent individuals found their Internet use jumped from 22.6 to 25.3 hours a week in the 12-month period. Those $100k households represent one-fifth of the U.S. population, and are one of the sweetest targets for advertisers. With so many eyeballs skipping away from old print, marketers will see declining results if they don’t put mobile and display media in their plans.

Mendelsohn’s president Bob Shullman told ClickZ, “Right now about 98% of the affluents are online — compared with 70% of the rest of the population — and they have lots and lots of digital devices.”

As for the iPad itself, Apple’s tablet is attracting affluent younger users. Nielsen has found those willing to drop $499 on a new technology gadget skew male (65%), younger than age 35 (63%), and relatively affluent (50% of the individuals earn more than $75,000 a year). This contrasts to only 30% of all mobile subscribers making more than $75,000 a year — indicating Apple is locking in the future affluents with its tablet devices.

If you target upscale customers, it’s time to rethink the media plan.

One thought on “iPad lures $100k households away from magazines”