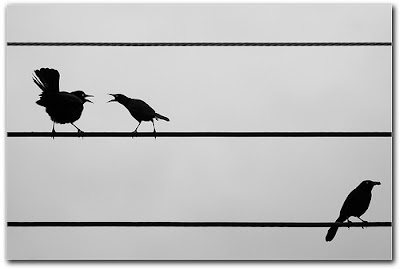 Social media users shared a mighty laugh this week upon hearing The New York Times’ standards editor Phil Corbett had asked its writers to not use the word “tweet.” “We don’t want to seem paleolithic,” Corbett wrote. “But we favor established usage and ordinary words over the latest jargon or buzzwords.”

At first, this seems an obvious boner. Twitter now has more than 100 million users worldwide, and its brief 140-character posts are unique formats that can include hyperlinks to web articles, retweets of others’ messages, photos, and hashtags for tracking conversations. If the Twitter service is a fad, no matter; a large chunk of the human race is using it today, and there should be a word to describe it.

Yet The New York Times points to a deeper issue — language, like society, is splintering. Wired magazine reported two years ago that there are now more non-native English speakers in the world using the language, often incorrectly, than there are speakers in nations where English is the mother tongue. More than 300 million Chinese, for instance, use English tinged with strange vowel tones and wildly incorrect terms. In Singapore, “think” is pronounced “tink.” Even the logic structure is shifting; Wired author Michael Erard noted that in Mandarin, subjects are not required in sentences, so “Our goalie not here yet, so give chance, can or not?” makes perfect sense. English is morphing into Chinglish, not a bad thing, just a new language entirely.

Technology and the Internet were once thought to be great unifiers, but instead they may be accelerants helping us form divergent microbubbles of interests, expanding new niches of humanity that lead to more rapid evolution of language, concepts, and culture. Like the oceans and mountains that once divided us, we can now use web browsers and mobile handsets to set up walls against others and see only others like us. Readers of Fox News self-select conservatively biased reporting; readers of Salon click to find their own liberal viewpoints reinforced. Global warming is a threat/hoax. Obama is saving the country/slinking toward socialism. BP is corporate evil writ large/a victim of all our personal oil consumption. Politics, news, jargon, argot, slang and the ideas behind them are all fragmenting in new directions. It’s not right or wrong, New York Times; it’s progress, and perhaps something worth tweeting about.

2 thoughts on “What to learn from NYT banning ‘tweets’”