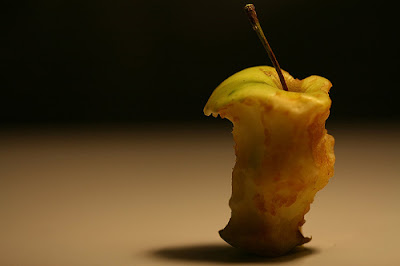 Do the math and your jaw will drop.

While Steve Jobs was distracting you Monday with the glittering iPhone 4G’s front-facing camera, potentially heralding an era of video calls into the U.S., Apple was plotting its real move — staging a 40% margin slice of the nascent mobile advertising market. If you can believe Apple’s announcement, it has already booked one-fifth of the entire mobile advertising market — and the crazy thing is Apple’s mobile ad platform won’t go live for three more weeks.

Mobile advertising has been hampered for a decade by shoddy interfaces, shrunken visual inventory, changes in consumer modality (you use tiny handheld devices to talk and text things, not surf the web), and — most recently — Apple’s own groundbreaking app universe. More than 225,000 push-button apps have now been downloaded 5 billion times, and each of those buttons gives handset users a way to find information online — weather, sports scores, games — while avoiding the old-style Internet. Until now, that’s almost 225,000 unique tiny media formats that advertisers would have to push their way into if they want to try to intercept that audience. (Don’t think mobile advertising has stalled? Then please review the past decade’s comical missed mobile ad spending forecasts.)

But on Monday, Apple announced its iAd mobile advertising network had booked $60 million in ad commitments for the second half of the year — a run rate of $120 million annually, or 20.2% of the total $593 million that eMarketer says will be spent on mobile ads in 2010. Let us repeat. Apple’s iAd mobile ad platform, which will turn on July 1, has already gained one-fifth of the mobile ad market. At a 40% margin.

Apple’s platform gives hungry garage-based app developers the other 60% cut, something better than nothing, and marketers a way to outwit all of those nasty web-ad-inventory-avoiding applications by intercepting them all. And unlike Google’s app-ad systems, Apple’s doesn’t push you away from apps into the web when you click on one but lets you continue easily onward in your app-fueled journey.

What can we say, Steve? Forget that glittering glass iPhone; your margins are looking su-weet.