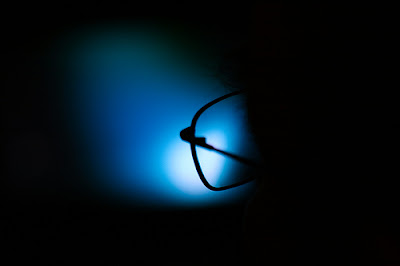 We had a friendly virtual debate with Shiv Singh tonight. You should read his blog, he’s a bright mind for Razorfish. Here’s the replay.

If you’ve wondered why the Internet is hot and continues to still be, this chart says it all. Advertising dollars are moving online in a big way… According to Union Square Ventures partner Fred Wilson, he can see this percentage becoming two-thirds of all advertising spend as TV and radio become audio on the Internet and video online. Do you agree?

No. I appreciate the enthusiasm but I also suggest that following hockey-stick projections is a sure way to look silly in a few years. The facts are the average U.S. household has more than four TVs — more TVs than people — and the typical consumer watches 5 hours and 9 minutes of live television. The biggest trend is concurrent media usage, in which people, like myself, watch CNN while typing on a computer and using the phone. The Internet is additive but itself is facing the end of its bubble, a la the emergence of mobile as the new Internet, the diminished ad inventory inside smaller mobile screens, and the shifting modalities of consumers who are learning to create and share their own content. Apples’ “app” innovation has put a nail into the young coffin of mobile advertising since most apps have extremely limited visual inventory to insert any ads at all.

Now, if mobile is the future — and Wall Street guru Mary Meeker says it is, with more than 10 billion untethered devices soon to be in human hands — how has mobile advertising fared? Why, we’ve missed every mobile forecast for the past 10 years.

It’s cool to be visionary, but Internet advertising has a big problem — banner CPMs are falling to the floor, consumers are moving to smaller mobile screens with less inventory, and gadget manufacturers have an incentive to put up new walled gardens that make advertising insertion even more difficult.