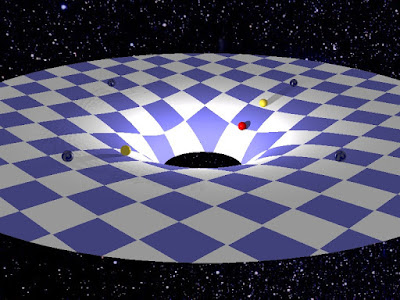 Many of today’s marketing gurus promise that social media will change the world, so we wonder: why haven’t these tools been used to do more than promote selfish interests?

This is not a judgment call, just an observation. Brands leap into social media trying to build “communities” between their products and potential audiences, resulting in networks of, say, bloggers driving across country to promote a Ford automobile. Individuals join Facebook or Twitter to build “friends” and “followers” around themselves. What is common is the ego, or more accurately the Id, is at the center of every micro-network. The motive for all is to promote oneself. (Want proof? If we asked you, dear reader, how many followers you have on Twitter, we bet you could answer accurately plus or minus 10 without peeking.) It’s no mistake that the central mechanism for organizations to build networks on Facebook is called a Fan Page.

Trouble is, all these micro-social networks compete with each other leaving little meaningful development beyond the individual hubs. If you had asked an oracle of the Torah or Old Testament or Renaissance what would happen if humans could communicate instantly and seamlessly around the globe, he or she might have suggested we’d build new peace organizations, refine religions, launch political parties, even build global democracies that cut through the old models of entrenched statecraft and corporate defenses. Sure, what Robert Scoble calls malleable social graphs or mini mobs may form based on an individual or group’s modality — think ad colleagues grouping at SXSW in Austin or a pulse of humanitarian interest gathering funds after a Haitian earthquake. But even those more useful efforts still revolve around a selfish idea — meet up with me, or give money to my cause. Broader networks are not arising to move collective minds into a higher category of group actualization.

In simplest terms, we have incredibly efficient markets for moving goods and money; but no similar network has been built to shift ideas and the social good.

Perhaps that is why: Money flows better because it is the root of all gains. The selfishness of finance creates efficient investments, but it also leads to fragmented, disaggregated, disparate resources that do not work together for common interests. The deep issues of our day — poverty, hunger, unchecked growth that will eventually (if not already) tax our ecosystem, disease, droughts, hostilities that lead to wars — are not being touched by the new communication tools the technology prophets say are changing the world.

The gravity well of social media is centered around you. That’s a useful construct for pulling small groups into your orbit, but perhaps a poor solution for networking to build collective solutions. Perhaps no tool can do it if the wielder has only self-interest at heart.

8 thoughts on “The failure of self-centered social networks”