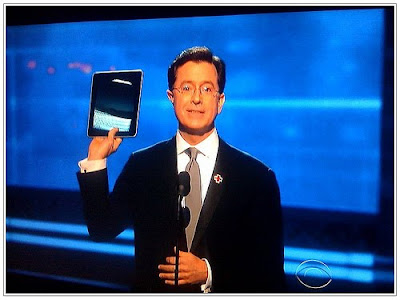 Around 1998 or so a funny thing happened to personal computers: they all started to look alike. Same plasticky keyboards, same ashen boxy monitors, and Dells and HPs all began to blend. Gateway resorted to opening retail stores with farm themes and shipping packages splotched with cow designs. PCs were slapped with stickers touting — wait for it — Intel chip speed to stand apart. But then flatpanels came along, and then Apple tweaked first colors and then glass-like translucent shells and then carved aluminum, the same cheap material you wrap leftover fish in — but, today if you peer above Engadget for a moment, you might see it.

Once again, gadgets are all starting to look alike.

They’re becoming frames. Just screen casings. Droid phones and iPhones and, yes, the best current example, the Apple iPad, just shells for digital content. (That’s right, you’re considering dropping five Benjamins for a black electronic frame.) Which makes us wonder, as we approach the singularity of device transparency, when the iGenie gadget of 2020 morphs from handset to laptop to big screen to projection on the wall of your bedroom, cradling content like a slender, almost invisible mother, will hardware designs even matter? Ludicrous to suggest, perhaps, as we still battle over cell phones with sliding keyboards or Kindleish left-right e-reader buttons. But the singularity is coming. How will device manufacturers compete when the view inside the window becomes more important than the border around it?