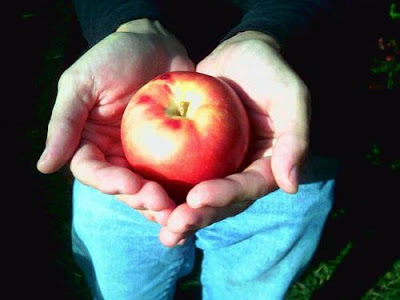 You, dear reader, are an ant that is part of a much larger colony — a hive mind, or what artificial intelligence designers call a “swarm intelligence.” This is what happens when you see flocks of birds, each acting alone according to simple rules (fly fast, don’t bump into each other) swarm instantly in new directions. We observe group awareness in insects and in schools of fish. You might think that evolved humans are above such collective behaviors, but an observer of the financial markets or a passenger aboard a plane flying into JFK can see groups of humans moving masses of resources to terraform our planet. Really, people: We’re only 4 billion years into the 10 billion-year life cycle of the Earth’s sun, so if you think humans are the apex of evolution, you’re wrong by about 60 percent. As animals do, so do we.

So if we assume hominids act in groups like all other animals, and that all large groups of creatures make intelligent collective decisions to protect their species, and thus our society has a collective consciousness, what can we make of the fanfare of speculation about the Apple Tablet? Why, that 2010 humans are making a prediction that a new device will fill several gaps in our societal infrastructure: Our ability to consume content, move ourselves, broadcast to others, and salvage the struggling publishing and advertising industries. The Apple hyperbole newsgroup is judging as a whole that our peripatetic culture is about to receive a missing tool, a device that connects the world more easily.

This is more than thinking Apple will make a good product — what marketing scholars Raquel Castaño, Mita Sujan, Manish Kacker, and Harish Sujan have called a cost-benefit consumption analysis. Hive minds act as prediction markets, making decisions not on what they think will happen, or what they believe others think will happen, but what they think others think still others think will happen. Society, like a savvy investor, is three steps removed from logic, trying to game the future that will play out among all the other players. We’re like single spectators in a bar guessing who will hook up with whom to better our own odds. Society is judging the tablet as something that others think everyone will find useful.

And what is that? A future world in which panes of glass make true communication — sight, sound, video, text — portable at last. When tomorrow’s Apple Tablet is remembered a decade from now as the first real effort at portable screens — in 2020, when such panes cost $20 and are in every schoolchild’s backpack — we may look back and laugh. But it portends a future when the Internet has come unbound and unwired, where two-way video is everywhere, where information is finally at every fingertip, when you can cast your own face to your social network anywhere. Don’t trust us. The hive mind of hyperbole says it must be true.

One thought on “The hive mind of Apple desire”