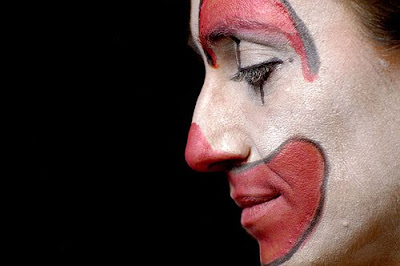 From our guest post at Jim Mitchem‘s Obsessed with Conformity:

A curious trend in social media is how most of its tools start out as perceived toys, worthy of laughter, and then gradually migrate to the mainstream. When Facebook and Twitter launched, early adopters in the business world were often kidded by colleagues. “That’s great,” an old friend emailed me in 2008 upon hearing I was on Facebook, “now you can stay in touch with teenage girls.” Yet soon Twitter is tied in to CNN feeds and chief marketing officers are networking with their ad agencies inside Facebook. In 2010, if you are not using these tools you risk looking stupid.

So here we go again, with geolocation-social media tools. Relatively new services such as Foursquare and Gowalla update your friends when you reach certain physical spots — in essence, broadcasting your location on a map into your online network. Like early social networks, the premise makes sense yet combines a whiff of immaturity that gives grownups pause. Sure, in a busy world it could be useful to get pinged by a colleague when she reaches a certain point. But the services include stupid-sounding updates. “Hein V. in Amsterdam, The Netherlands, became mayor of Vespuccimarket.” “Patrick unlocked the ‘Adventurer’ badge.” The only mature response is: “WTF?” And this month, in the latest goofy Foursquare update, Jan. 28, 2010 has been decreed “International Day of the Toilet,” wherein you can let your friends know exactly when you hit the can.

But pause. Reflect. Before you deride such silliness, realize the two real undercurrents. First, early creators of new technology must always push the boundaries of maturity, because none of us really needs anything new — so first forays often come off as gimmicks. (Remember the first camera on your cell phone, and the jokes about who needed to take a picture of their ear? Now most people love them and real camera makers are watching their business slip away.) And second, in a world where everyone is now leaping into social media, creators of new social media networks must create game-like mechanics to try to boost adoption and break through the clutter. Gaming psychology is extremely powerful; the “follower” counts on Twitter have become high score rewards that help boost loyal usage. So it’s no mistake that Foursquare updates users’ networks of colleagues with the strange-sounding whimsy of “mayors” and “badges”: It’s a way to get attention, to wake you up, perhaps to get you to try the damn thing.

As such geolocation technology becomes prevalent, we expect the maturity levels to rise and the gimmickry to settle down. Soon, you’ll be updating everyone about your whereabouts, too. Just be careful when you’re in the can.

3 thoughts on “Why Foursquare clowns around”