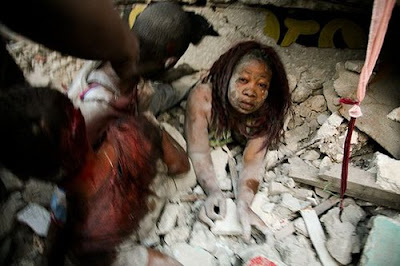 Is social media no longer a toy? Christian Borges, VP at Deep Focus and a first-generation Haitian-American, feared for his loved ones’ lives in Haiti this week. He wrote in Ad Age:

“I needed to know what was happening — the not knowing was maddening. Twitter and Tweet-deck of course have played the dominant role in keeping me informed with ‘real-time’ updates and links to deeper pieces of information. Tweets from all the major news organizations and journalists from @breakingnews, @latimes, and @CNN to @GregMitch; tweets and re-tweets from @Wyclef started to populate my Twitter feed encouraging the masses to text ‘yele’ to 501501 and donate $5 for relief; others started to Tweet similar text initiatives as well. I also saw Tweets with links to a Flickr Haiti Earthquake group with photos that captured the devastation, as well as Twitter lists such as @NPRNews/Haiti-Earthquake and YouTube videos of Wyclef and Haitian author Edwidge Danticante on CNN Live with Anderson Cooper from the night before…”

It’s only one case study, but shows how new tools are catching up to our human need for immediacy.