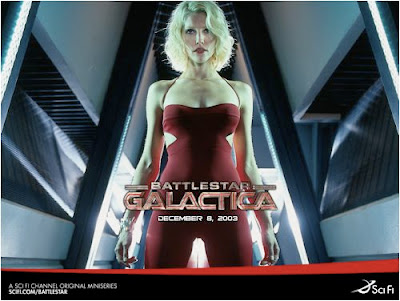 When Sci Fi rebranded to Syfy in mid-2009 with more diverse drama content for women, fans were aghast. But the cable network is having the last laugh with ratings for women 25-54 up, new ad dollars flowing in from Hershey’s and BMW, and a leap over Lifetime in the coveted prime time slot. We’ve been debating ad guru Bill Green for a while over why we liked the rebranding, and responded to his it’s-still-wrong post today with this:

Bill, I called this back in March 2009. I think what you missed is cable TV networks don’t exist to serve content to audiences; they exist to serve *audiences* to advertisers. Syfy had to find a new audience because the old one was leaving cable TV.

You raise a good point that cable nets risk diluting their value if they broaden content too far. But think about the audience. Science fiction fans skew young and male, the earliest adopters of technology — and a wave of eyeballs leaving traditional cable TV. You seem to be a sci-fi fan. Do you spend hours in front of cable, Bill, or a computer? Young men also often have less income (since wealth is a function of age) and are focused on a limited product set (gizmos, cars, razors). Women of all stripes, on the other hand, account for 80% of discretionary spending, buy everything for the household, and are a sweet audience to serve to advertisers. Older women are more likely to have higher incomes, another draw for marketers.

I wouldn’t blame Syfy for leaving its fans. I’d fess up, and blame Sci Fi’s original fans for leaving it. TLC did the same thing a few years back (um, remember “The Learning Channel” human anatomy shows? All gone now.). If you ran a cable net and saw forecasts of your audience going out the door, the smartest thing to do is go find another audience. Syfy, very well played.

One thought on “Syfy wins the great rebranding debate”