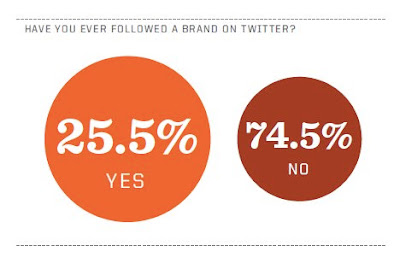 Did you know that people who stand in line for ice cream also like to eat ice cream? The latest Razorfish report on social media trends makes just as much sense. Their “Feed” report now being retweeted everywhere online has rosy stats such as 65% of consumers have had online experiences influencing their perception of a brand. Yes! Marketers, unleash those social media budgets!

Alas, dig into page 14 of the report and you find the survey sample was 1,000 consumers who:

a. have broadband access
b. spent at least $150 online in the past 6 months
c. visited a community site such as Facebook or Yelp
d. consume or create digital media.

That’s right. Razorfish asked heavy users of the web and social media who are comfortable spending money online if they are influenced by the web and social media. We hate to rain on Razorfish, usually a sharp group, but this report feels like self-justifying fuzziness designed to provide bar charts for business development. The technical term for this is “coverage bias,” in which the sample being studied does not represent the population as a whole.

So enjoy those Razorfish quotes being tossed around — 97% of consumers search for brands online! An “overwhelming majority” welcome advertising on social networks! We also hear that 100% of heavy internet users are people who use the internet.

8 thoughts on “The silly bias of the Razorfish Feed report”