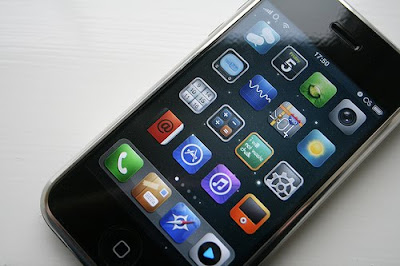 Look at your smart phone. See those colorful apps on the screen? Now ask yourself, what happens when the cost of making one of those becomes almost zero?

It’s happening. Apps are morphing from software into advertising channels because the cost of producing them is plummeting. Swebapps.com, as BusinessWeek reported, is just one of several companies that allow non-techies to create their own apps for a few hundred dollars. If you sell steaks by mail, you can draft a tiny software icon that offers grilling tips and barbecue recipes. If you are recruiting college students, you could launch a how-to-meet-people-on-campus app that also promotes your higher ed program. The app stores are now an unlimited new marketplace for promoting products, with handy software that provides a service … and subtly promotes your brand.

The bad news is apps stink as a loyalty device. App usage follows traditional power laws in that most consumers stop using most apps after a month; this spring a study by Pinch Media of 30 million app downloads found only 20% of people continue to use a given app after a single day, and after 3 months only 1% of users continue tapping on a given app. Hire an interactive shop and dream as big as you want, odds are that within a few weeks your mobile app will fail.

But what about as an ad vehicle with a given campaign life? Think of it like this. Instead of consumers using Google search to find your web landing page, they’ll now use app stores to find your push-button mobile software. It doesn’t matter if usage falls off from your mobile app because — just as you refresh ad creative — you can launch a series of new apps for pennies next month as well. If apps are almost free, and have a short life, then instead of viewing them as one-off software utilities, consider them as sequenced media placement.

An app a day keeps the mobile in play

Mobile apps were born at 6 p.m. on June 29, 2007, when Apple rolled out its iPhone acknowledging that even with a beautiful touchscreen design, getting on the internet through a mobile browser is a pain. What good is the web in your pocket if you can’t easily tap into it? So tap Apple did, including “apps” with single-touch icons that launch specific internet-based programs. (Google, the current PC portal to the internet, must still be freaking out about this, but that’s another story. And probably why Google is aggressively entering the mobile software business, giving away free GPS directions to keep you paying attention.) Apple now has about 85,000 such mobile programs for the iPhone, and Google’s Android mirrors it — click on this icon and weather, sports scores, or Bloomberg headlines pop up.

As costs decline for building such simple mobile software, we see a competitive marketplace heating up. Brands will vie for shelf space by building scores of apps related to their brand. Imagine Crest with tooth whitening apps, dating apps, dentist location apps, calorie counting diet apps, public speaking tips, personal portraits for your Facebook page … an unlimited array of onramps leading to whiter smiles based on toothpaste sales. The simple mobile app will move away from software to media placement, just another advertising channel.

It is arrogant, isn’t it, to try to build a single mobile app that becomes a “portal” for every consumer to use? As the web has taught us, consumer communication patterns don’t fit into such traps. So if you’re playing with mobile apps, we suggest you move beyond one big idea. Don’t do a single app. Do a hundred. Create a campaign calendar and fill up the timeline with scores of mobile buttons launching like soldiers going to war.

One thought on “Your mobile app will fail. So line up some more.”