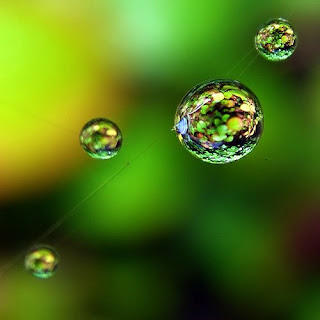 The great hope of viral marketing is that you, dear advertiser, can launch a message into the masses and, thanks to the modern miracle of social networks, that idea will scale exponentially. You know. Like a Razor Scooter or subservient chicken.

Facebook threw cold water on this dream today by admitting most users want to control exactly who in their online connections can see their every thought. Facebook is now testing a simplified privacy control panel that lets you decide who sees, say, your mid-week trip to the beach when you’re off from work. Former Forrester guru Charlene Li told The New York Times, “I’m looking forward to having a ‘girlfriend’ feed where I can dish with my close girlfriends, but also use Facebook to broadcast to everyone, even outside of Facebook.”

The technical term behind this is Dunbar’s number, the theory proposed by anthropologist Robin Dunbar that humans can only hold about 150 relationships in their heads. Social media tools have expanded our capacity for relationships — just as the internal combustion engine expanded the distance you can commute each day to work — but it is not infinite; rather, like your daily commute, there is simply a new upper limit.

A hundred years ago you might have known 150 people in your village and shared true intimacy with 30. You may now have 1,500 contacts on Facebook or Twitter, but probably only wish to be intimate with 300. Facebook is building the filter. So far Twitter hasn’t followed suit, but it may not need to, since a huge portion of its accounts lie fallow and its direct-messaging option provides a privacy pressure release. As the new internet-powered human networks fragment into smaller clusters, consumers regain control … but marketers yearning to launch viral messages to the masses now face a broken web.

Why would Facebook do this? Perhaps to protect consumer privacy. But we also see that if marketers can’t make messages go viral easily inside Facebook organically, now that network links are limited, they’ll have to pay to get inside — say, taking out ads that build Facebook revenue. If so, the enhanced privacy is a clever ploy by Facebook to improve the user experience while making its internal advertising a more valuable offering. Hmm. Don’t ask us for help. We’re now blocking you on our privacy settings.