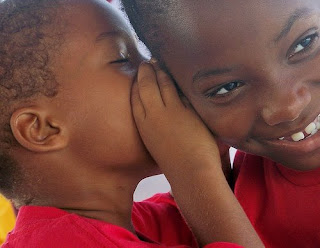 Private communication has been around for as long as humanity, but the whispers in the advertising industry are growing worried as marketers realize their audience is slipping away into new forms of social media. After all, it’s hard to intercept a consumer with an ad message if they are only communicating among themselves.

Case in point: Last week the major television networks posted their worst-ever ratings among viewers 18 to 49, despite pushing expensive new dramas. Over in radio, the rollout of the new Portable People Meter — a device meant to improve rating accuracy by picking up an actual signal from the radio station a listener is tuned in to, vs. relying on less-accurate diaries — has exposed continued declines in radio ratings. The findings were so startling that Arbitron launched its own spin campaign in the media planning press to try to convince ad agencies that 70 of the “new” rating points were as good as 100 of the old ones.

The irony of all this is consumers now use more media than ever before. Home broadband (high-speed internet) adoption is up from 54% of U.S. homes in late 2007 to 63% today. Consumers are adopting so-called companion device behavior, working on laptops or mobile while also watching television. While social networks such as Facebook and Twitter began as youth playthings, now 35% of U.S. adults have social media profiles, catching up to the 65% of teens who already do. The biggest trend of all — and the one to watch, since young consumers take media habits with them as they age — is the convergence of content creation with mobile. Pew reports 2 out of 3 teens 12-17 are avid “content creators,” posting blogs or photo or video to social media sites; 91% use such sites to stay in touch with friends; and the majority use cell phones for texting or online communication.

Media use is up, but communication is fragmenting and the old illusory “impression” metrics can’t keep up. GRPs and CPMs have always been more fiction than reality; Mediamark Research is one group that has found consumers usually are not paying attention to the “impressions” they receive from advertising. Advertising impressions have always been a currency used to compare different ad options, but each impression is not necessarily an impact on a consumer’s mind.

What is the solution? Marketers have a choice: one, they can wait for ever-more sophisticated attempts to monitor impressions among the fragmenting audience (see the recent TiVo-Quantcast partnership that will try to match television viewing with web surfing behavior). Or two, marketers can measure their own responses to advertising and public relations, and evaluate the variances between which media options work best.

We suggest the second solution is the best path. Front-end forecasting is necessary to build media plans that allocate advertising dollars with the greatest chance of success. But if you can measure responses — and determine from the real, hard measurements of inquiries coming into your web site or call center or sales force which ad media is out-performing others — you will have better insights to adjust the media mix. Relying on the old ratings and CPMs of yesterday is becoming a weaker solution.