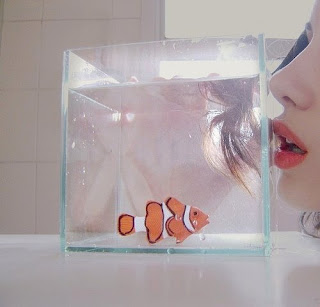 We told a friend today about price framing, the old Richard Thaler psychological concept used in most retail pricing in which products go “on sale.” In price framing, marketers invent a fictitious high price — say a dress marked at $250 — and then draw a line through that to convince you the product is now on sale, 50% off, at $125.

Price framing works because people are bad at judging value and feel almost relieved when you give them a place to start. The “savings” of course is fiction — after all, you’re spending more than one hundred bucks and not saving a dime — but you feel good about it. Credit cards out. Ka-ching.

This made us think about brands and whether they could try brand framing as well — you know, comparing their innate values against a competitor’s supposed bad ones. If good-deal-bad-deal works in everyday pricing, why not good-brand-bad-brand perceptions as well? In this haggard economy we’ve seen a little of this recently: Microsoft-fueled laptops touted as less expensive than Apple Macs; the new Bing search engine positioned as a better alternative to the Google stalwart; WolframAlpha as smarter than Google. Brand framing is a nuance within the realm of positioning, the classic brand vs. brand battles first conceived by Al Ries and Jack Trout in the 1972 pages of Advertising Age. You don’t have to read their book; just watch the 1980s “Where’s the Beef?” Wendy’s commercial and you’ll get the drift.

Brand framing recasts your brand’s potential flaws — Microsoft’s previously clunky laptops or search, WolframAlpha’s unknown potential — by making your competitor seem less good. Note the competitors in these examples are the leaders on top: Apple’s beautious design, Google’s miraculous instant answers. Brand framing differs from positioning in that rather than capture a new rung on the mental consumer brand ladder, we’re here while the other brand is there, you focus on the distance between the rungs. They’re wasteful/slower/expensive/missing something and we are not.

It would make a cool whiteboard exercise: draw a box between your brand and the leader you want to catch — then fill it with all the negatives that might push that brand away from you in the minds of your customers. If it all sounds a little nasty, remember that sometimes success in marketing is not about giving consumers pleasantries they’ll like, but helping them avoid the perceived harm they don’t want.