Conventional wisdom has it online video spots need to be short, 15 seconds max, because most users click away in impatience if you go longer. Media buyers prefer to stick such ads before the video content users really want, in a format called “pre-rolls,” so users have no choice but to sit through them. So it’s interesting TED has pushed back by promoting ads 2-3 minutes long that run after its online video content … so good, apparently, that users will not only watch but share the spots with others.

Noteworthy because TED is smart, and TED has a rich audience. Since its launch in 2006 TED has become a global conference juggernaut, expanding from a California elite speaking club with the likes of Bono, Bill Clinton and Jane Goodall to 750 subbranded “TEDx” events held annually around the world. TED.com’s free replays attract a fine demo: 50% of TED.com viewers are age 50+; 33% have incomes $100k or higher; and 23% have gone through grad school. If you’re selling BMWs, TED is your ticket.

What does it mean that an intellectual portal attracting the wealthy and educated is pushing long-form video? Perhaps if your content is good enough, audiences have the patience to pay attention.

Bonus round: If you want to taste TED’s speakers, don’t miss the brilliant Sir Ken Robinson.

Forgive us for showing you German Playboy Bunnies preparing for a shower while having pillow fights, but there’s important news here: video alteration, baby.

You see the “Lockermann” tattoos on those ladies’ hips and breasts (yes, safe for work)? Or the guy in the photo on the woman’s necklace locket? They don’t exist. They were digitally inserted post-production, similar to the yellow lines on football fields or the faked billboards glowing behind the batter in baseball broadcasts. The seamless alteration of video has arrived, with a level of 3-D accuracy and speed which could revolutionize advertising.

We know this because we got a call today from a contact who is about to launch such a service in the U.S., and details are under wraps, so let’s game out the scenarios as a series of questions: Who would spend money to insert images or messages in a new way inside video? (Advertisers). Who has had problems monetizing first the Internet and now mobile video formats? (Advertisers.) Who loves new forms of intrusion that spur real impressions on the frontal lobe? (Advertisers.) And what form of media is expected to grow exponentially in the next few decades as consumers and organizations get cheaper, faster content production? (Video.)

So if you connect the dots, you can see an enormous market for the manipulation of moving images as video reality becomes whatever advertisers want it to be. The question is, will consumers rebel if what they want to see as supposed recordings of reality change into what marketers want them to see? What will be the right balance? 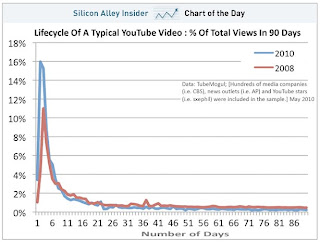 Analytics shop TubeMogul points out the half-life of a YouTube video is now only 6 days, meaning in less than a week an online flick has burned through half its potential audience. After 20 days, any given video has pulled 75% of its total eyeballs. This isn’t great news for creative agencies focused on selling viral potential — and points out consumers’ ADHD is accelerating, since back in 2008 a YouTube audience lasted at least twice as long.

Don’t fret, though, viral promoters — newsprint and radio ain’t doing so hot, either.

Mike Arauz and Bud Caddell spoke at SXSW on why most online videos fail to scale, and engaged their audience in a “Web Video Thunderdome” to debate why. They suggest: Be brief. Be odd. Be funny. Be random. Try repeatedly. And recognize that even if you get all that right, in the online sea of wavering interest, you’ll still likely get only 100 hits. 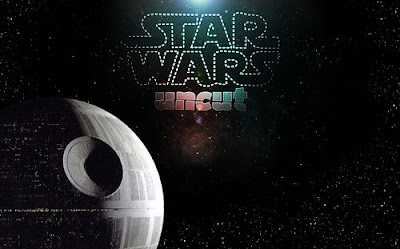 Casy Pugh wants to refilm Star Wars (perhaps to prove it can be done better than the last three overwrought prequels). So he’s crowdsourcing the effort, inviting people to download 473 separate 15-second clips of the movie and redo them. When done, Casey will reassemble the clips for a result Coolhunting’s Mike Frank predicts will be hilarious.

It’s all a fun experiment, but you can imagine a world in which some network outsources a complex film production to hundreds of talented amateurs. With the right incentive and competition, beauty might happen.

Feeling rushed? Then you’ll like this project by Brian Firenzi, Daniel Hollister and Jonathan Schlaepfer, who have produced a series of 5-Second Films packed with solid plots. The films actually include an additional 2 seconds for beginning titles and 1 second for end titles, so you’ll have to wait 8 seconds for full effect. If that bothers you, the producers say, then you’re no fun at dinner parties.

2009 will be remembered as the year online video arrived, and it will force media moguls to drastically reduce the prices for ad inventory. You see, Apple unveiled its latest iPhone Monday with video-recording capability, making it easier than ever for consumers to upload movies. On the receiving end, Cisco expects online video streaming to quintuple internet traffic over the next few years. Put it together and consumers will capture content, share content, and then watch it, making all the ad space that used to fund professional media production worth less.

So far marketers, still shocked by recession, aren’t flocking to media buying opportunities. Nielsen just reported that U.S. ad spending fell by $3.8 billion, or 12%, to $27.9 billion in Q1. Marketers are retrenching in part because consumers are not buying as much stuff in this down economy; but marketers are also getting smarter with their investments, and they are not putting ad dollars in media vehicles where they cannot measure ROI.

So the price of advertising will begin to fall

What happens when your product becomes less wanted and your shelves are filled with it? Why, you have to lower prices. The supply of ad inventory is increasing, as slots become available on millions of blogs, within social media, even tied to Tweets. At the same time, consumers demand less advertising as it is deemed irrelevant to the content they wish to share. The trend is visible already both in traditional media (radio networks seeing falling ratings are being forced to reduce rates) and online (as ad networks offer CPMs in the $2 range).

More ad space. Less demand. Lower prices. There’s an opportunity coming to advertising as new bargains emerge; the question is, as advertising becomes more challenging, do you have the right systems in place to measure what really works? 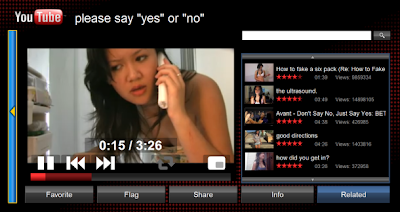 Ever wonder why you can’t get the internet on your TV set? Technologists will explain that humans have three distance fields for receiving communication — intimate, the phone in your hand; personal, the 24 inches between you and a laptop screen; and communal, the 10 feet between you and your big TV set in the basement. It all goes back to ancient communications — intimate whispers, personal face to face, and community displays around a campfire — and because the internet fits into the personal distance and TV is the campfire tribal entertainment, well, the two won’t marry.

Or it could be cash. Broadcast television takes in nearly $50 billion a year in ad revenue, and cable another $26 billion — so a $76 billion entertainment industry isn’t very interested in risking it all to let you get free internet videos over your television set.

YouTube is shaking that up in a big way. It announced this week a YouTube XL service to easily provide sharp video in large-screen formats, with a simple hookup from your computer to your television monitor. Greg Sandoval at CNET has a fine review of the service.

Our bet? Google has its eyes on some of that $76 billion in big-screen advertising.

Angela Natividad calls it magically delicious. AdFreak calls it too long and in need of a train going into a tunnel. We note that if you want a message to go viral, perhaps more than seeding it among influencers or manipulating social networks, just create something beautiful.

A microsite takes you behind the scenes with ad and Amélie director Jean-Pierre Jeunet here.