There are so many things that could have gone wrong with this display of sex in advertising, and yet it all went so sweetly right. Heineken celebrated getting 1 million “Likes” on Facebook by sending several voluptuous women out to Amsterdam bars to hug any guy caught drinking their beer. The emotions on the men’s faces are wonderful: surprise, embarrassment, chagrin, regret (sorry, to the dude who ordered red wine), friendship, and the soundtrack Love’s Sneakin’ Up by Tim Garland provides just the right tone.

The vid has only 56k hits on YouTube after eight days, so perhaps the execution is too subtle to go viral. Still, we’re thirsty now, aren’t we?

We usually don’t go for this cool-hunting Brandflakes kind of post, but it’s Friday before a three-day weekend, people. If you’re expecting psychological analysis of how this spot targets women in their 30s with kids, rebounding from recession now aspiring to luxurious spending, or the two-pronged demo approach of starting the spot with a beauty shot of two female models to lock dads in their seats as well, or even the juxtaposition of Maslow’s top hierarchy of self-actualization via parental love vs. base bodily function needs … forget it.

Enjoy, and this weekend try to dress with some chic.

We first heard about this from Bruce Henderson, group creative director and senior partner at Ogilvy New York, who couldn’t stop laughing at the genius of a man tapping the egocentricism of the ad industry. But hey, it’s not like you’ve never Googled yourself either, right? 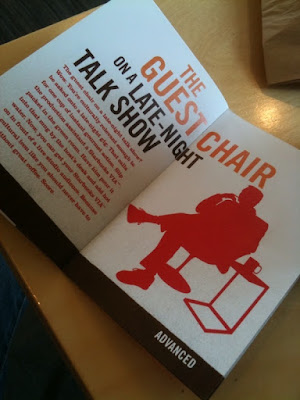 Centuries from now, if the Internet and all our iPadish digital culture have been destroyed by roving asteroids or neutrinos that heat the Earth’s core, we hope future anthropologists dig up this 28-page mini pocket guide to VIA powdered coffee from Starbucks, because it covers almost all of current Western Civilization. VIA, as you must know, comes in 12-packs of tiny tubes for $9.95 giving Starbucks fans a mobile morning jolt for only 82.9 cents per cup, provided you provide the hot water. This of course is a barrier to entry for coffee aficionados, who are used to dropping about $8 for a fancy java and pastry at the ambient-grooved Starbucks chain. So how can you convince hipsters to get the cheap stuff while not cannibalizing the core?

The pamphlet brilliantly teases with Beginner, Intermediate and Advanced uses for powdered coffee. The Meeting and The Red-Eye for novices (“You think airline food is underwhelming? Try generic airline coffee…”) explain the basics of capitalistic culture. The intermediate Soccer Game, Hotel and Aunt Harriet assess our peripatetic ambulatory relationships. And, our favorite, the advanced Guest Chair on a Late-Night Talk Show (“Wow. You’re culturally relevant enough to be asked…”) shows how we move up Maslow’s pyramid from greedy consumption to book tour self-actualization. It’s humanity writ large, written small. We’re guessing this brochure costs about $1 a pop, but since it’s picked up by only the self-selecting discriminant-yet-cheapo coffee fans standing in line at Starbucks, it’s a solid impression that tempts us to drop $10 on a packet of powdered coffee. Starbucks, all we can say is, nice marketing — and thank you for documenting culture for our children.

There’s some debate in ad circles over whether the new Nike spot, showing Tiger Woods apparently being chastised by his deceased father, is appropriate. We suggest the execution is brilliant — not just for the emotion which stops viewers cold, but for the colder media planning fact that about 41% of U.S. marriages encounter infidelity. In any given year about 10% of married people have sex with someone other than their spouse, and cheating is becoming more popular as Viagra, testosterone and estrogen supplements keep us all feeling fitter longer. The 19th most popular web site among U.S. men 35-54, core to Nike’s golf demo, is Adultfriendfinder.com. Google launched its web browser with a prominent privacy button to make surfing for porn less troublesome. America, you cheat.

Footnote: Nike chatter on Twitter shot up to 0.15% of all Tweets when the spot was released Wednesday. That suggests it’s working. 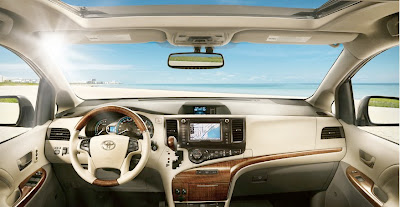 It’s a shame Toyota is getting drawn and quartered over its stuck-pedals-or-sliding-brakes complaints because we’ve been admiring its new campaign for the revised Sienna minivan. Minivans, as you know, are the Great Compromise of automobile purchases, the harbinger of mid-life crises, the acknowledgement that a man has moved beyond the age of hot dating to P-whipped marriage to schlepping children with sippy cups to the local park and you better stop fighting in the back seat or no TV for a week! dialogue. You don’t have to put on the red dress tonight, Roxanne, because you won’t be caught dead with a guy in an egg-shaped hunk of sheet metal.

Toyota’s redrawn 2010 Sienna steps away from prior feminine-hygiene-packaging allusions. Sure, it is nowhere near as manly as Ford’s Flex — which hides its vanness with a Mini-on-steroids facade and a grill fresh off a Mach 3 razorblade — but from ads to brochures, Toyota is crowing this is a minivan that dads can drive. The Sienna’s top designer allegedly loves sports cars; the SE model option includes a dropped suspension and aggressive tuning; the dashboard has a Nike-inspired swoosh inlay either in wood or some fake form of carbon fiber (the swoop is actually a psychological device to give both front-seat passengers the illusion that they own 60% of the forward visual space). And banner ads online, which retarget you aggressively if you visit Toyota.com, proclaim “Daddy Likes.”

It’s a clever combination of product design and ad communications to appeal to two demos at the same time, men and women — and in a recession, both males and females in a household have to agree before shelling out $30k for a family bus. Toyota is obviously pushing the van because it is one of the few models not involved in its current massive recalls. If Toyota can put the brakes on consumers’ safety concerns, sales may suddenly accelerate. 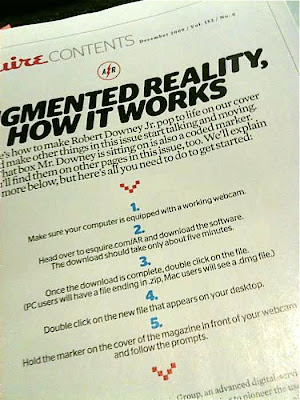 This is hard to believe but someone explained the current healthcare debate cleanly without taking sides. With Sharpies and a napkin. Wondrous presentation by Dan Roam and Anthony Jones (also named by BusinessWeek as one of the World’s Best Presentations of 2009). Via Shiv Singh.

AdFreak tells us this 6+ minute spot for Johnnie Walker was shot in a single uninterrupted take, making actor Robert Carlyle a genius of oratorical timing. Plus the man has a wee bit of endurance. Carlyle narrates the history of a Scotch whiskey, from its 1820 birth in a grocery store to the iconic, slightly devilish Striding Man logo in 1908 that foretold a century of theories about subliminal messaging in advertising. OK, that last bit was our own riff.

And now we get a guy walking in dry highlands showing that growing consumer comfort with web video may bring back the long form. Walking and walking. Johnnie, we feel thirsty.

Update: This ad is by BBH London, who apparently took the spot down from YouTube claiming a copyright violation. So we found another copy elsewhere. BBH, don’t you like to share on social media? 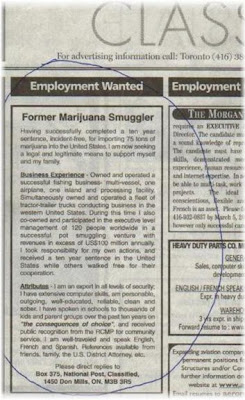 Honesty is so refreshing. Via Denver Egotist.