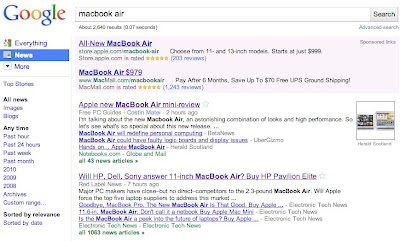 This may be the most amazing feat of search-engine optimization we’ve seen. Just days after Apple announced its uberhot MacBook Air upgrade, someone pitching HP Pavilion Elite desktops has used SEO tricks to take the No. 2 organic (correction: news) search result for “MacBook Air” on Google.

On one hand, yay marketers. But let’s think deeper, people. This also shows a challenge for Google, as SEO gameplayers gum up search results with stuff you, the searcher, don’t really want to see. If you’re looking for a MacBook Air product review because you’re keenly interested in it, an HP organic search result is out of place. This is a different play than an HP reseller bidding on Apple terms for a paid sponsored link at right of the search results — now the very organic stuff, the core of Google’s value, has become polluted with content that doesn’t make sense. If enough SEO players game the Google system with such off-kilter results, users will begin to leave Google as the utility of the search engine falters. Or, perhaps, that is already happening.

But it’s just the news feed?

Commentator Brent Terraza clarifies that this HP ruse popped up in the Google News feed, which is easier to manipulate than Google’s core engine itself. “News is greater affected by topical keyword gaming than regular search as it looks more for authoritative websites that have ‘breaking news’ than the over-all picture,” Terraza writes. Digging deeper it looks like the PC seller posted the “HP news” story to 1,064 total sites to leap to the top of the MacBook editorial links. We missed the subtlety in our late-night tired searching, but the effect is the same — a strange PC in place of the computer we sought. Ah, Google, news is even harder to get right. 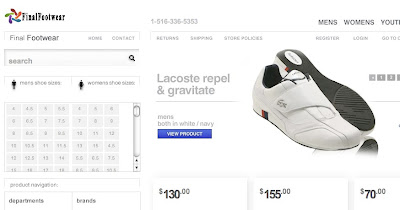 This is FinalFootwear.com. Surely a reputable company, and we’re certain it had no intention of hiring an SEO consultant to build fake links in blogs such as our own pointing back to its site, trying to trick Google into elevating its position in Google search results. Any such occurrence must be a coincidence. Really. I mean, geez, lying in print is almost criminal, and who would do that?

Now, this below is a link spammer, commenting on our blog, with a link embedded in the “Nike” name going back to FinalFootwear.com:

Nice tone, appealing to our ego. You know, the type of comment we might leave there forever, with a link … pointing to FinalFootwear. And so is this:

We’re sure it’s an honest mistake, FinalFootwear, and these comments are totally unaffiliated with you. After all, if word got out you were trying to mislead people to find your site, people wouldn’t want to shop at FinalFootwear, would they? Instead, they’d think you were a bottom feeder in the marketing universe polluting the Internet with lies, and word might get around that it’s risky to shop at such a disreputable company. That would be too bad, wouldn’t it?

And just to show we don’t think you’d do such a dishonest thing, we’ve even included a link to your site in our lede. So you’d notice. And let’s be clear with your lawyers, we ABSOLUTELY are casting no judgment or making any claim that you would conduct misleading behavior in web links to get people to your site. Really. We’re NOT saying that at all. We’re just happy that people named Nike and Timberland happen to like our blog, and they’re welcome to link back to your shoe site whenever they want. Cheers. 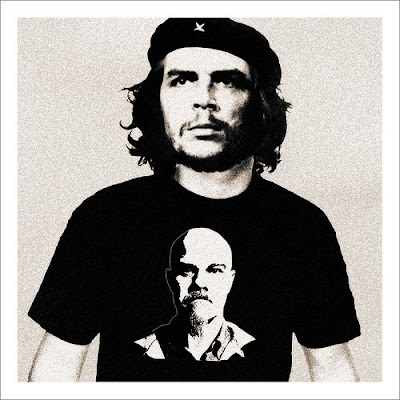 Ad guru Bob Knorpp asked recently “Why do tech people hate SEO?” As you probably know, SEO stands for “search engine optimization,” a controversial approach to elevate a web site in Google search results by either stuffing it with content that Google may pick up on or creating inbound links from other web sites to make the content on the site appear more relevant. It’s all a bit of gamesmanship to put your brand somewhere it may (or may not) belong.

(UPDATE: SEO expert Michael Gray suggests that the description above is flagrantly inaccurate. For the record, SEO involves changing web site content, HTML coding, and relations to other web sites to allow content to be found more easily by search engines. Poor examples, or so-called Black Hat SEO, can include “keyword stuffing” or filling pages with tons of keywords to try to trick search engines, a naughty no-no, but if you read Michael’s comments in full below you’ll see there’s more than one way to skin an SEO cat.)

“Internet purists pride themselves on the idea that the Web is a world-wide leveling of the playing field. It is a place where anyone can rise to the top based purely on the quality of their thinking and expression. In-bound links and being part of the conversation online are benefits that are earned over time…

“SEO, however, ‘cheats’ that cycle. Thoughts and ideas that have no relevance or that may not offer the best solution can be transported to the top of the search results over-night. And frankly, that drives the tech community crazy.”

“We have met the SEO enemy and it is us … because humans have a tendency to pollute every ecosystem, including advertising systems. We did it with phones (telemarketing, now almost dead), email (spam, now wildly annoying and ineffective), radio (Clear Channel once ran 12 minutes of spots per hour and killed ratings, then later retrenched to 9+ minutes with a ‘Less is More’ campaign to try to woo advertisers and listeners back), and now social media (think of bloggers shilling $500 Kmart gift cards to try to build link Ponzi schemes, throwing the beautiful names their mommies gave them out the ethics window).

“I write this not to say that any form of media is ‘bad’ — but rather, just as farmers who rush to herd their sheep into a common grass area to feed their own flocks might destroy the grassy commons, every individual’s incentive to be heard can destroy the greater ecosystem. What marketers usually fail to see, in their individual lack of self-control, is we *all* need a healthy environment for advertising to succeed.”

What do you think? Is it fair to try to manipulate the link structure of the web to make your own material rise to the top? Or is there a point where exploiting a networked system goes too far? 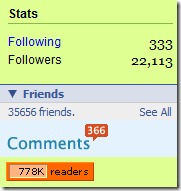 Occasionally we read something so brilliant we have to digest it twice. Jared over at Technotherapy just dissected the current ratings arm race that pits bloggers and web sites against each other. His point, to do it severe injustice, is that using social media to chase numbers — a Top 150 Ad Blog ranking, or massive site traffic — is the wrong objective.

Perhaps it’s more important to connect with people in meaningful ways. We mean, just think of the irony; we all now have amazing tools to text thoughts, share photos, post comments, author essays, and send video … and yet many internet users are so obsessed with fame that they spend more time trying to game the system to be perceived as popular than they do actually connecting socially with other minds.

The current ratings race also creates huge problems for marketers. It’s a bit of the tragedy of the commons; if your web site isn’t frantically trying to game the system with SEO content stuffing and link farming, you better believe your competitors are. This eats into the common good of quality sites, as consumers have more difficulty finding relevant content — and your poor brand gets lost in all the clutter.

The best solution we’ve seen, and frankly try to practice, is to set up a blog or two related to your brand category — but to make the content truly meaningful. Rather than tout your services, analyze trends in your industry. Provide helpful tips. Readership and interest will build more slowly, but in social media, it’s not about hunting, it’s about helping. Right, Jared? 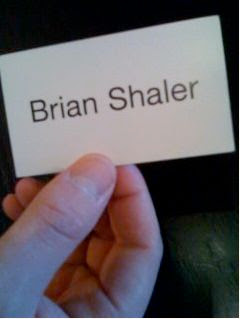 So a web guru we know gets a business card from Brian Shaler at the SXSW tech conference. The card has nothing on it but Brian’s name. The guru writes:

At a party, I was talking to Brian, and someone came up to complain. “C’mon Brian – I need a real card. I need a card with your email address, or something.”

Brian’s response?
“You have everything you need to contact me, on that card. If you can’t find me by using that card, then we really don’t need to communicate.”

The punchline: It’s all you need to find Brian Shaler, cause this guy has front doors all over the internet and rides high in Google results. Brilliant use of old media to prove you can control how people find things with new media. 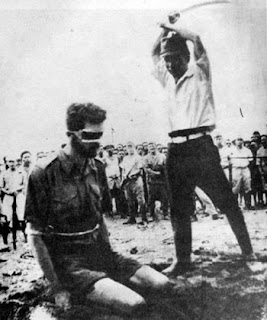 Here’s a morbid way to boost your SEO rankings on Google: Tie your brand in to decapitation. Forbes reports that’s just what LifeInsure.com did when it hired Cameron Olthuis to launch a viral campaign to boost the life insurance company’s search engine optimization. Olthuis took a back door to Google rankings by tapping the community at Digg.com. He posted a page at Digg called “19 Things You Probably Don’t Know About Death,” listing cool gut-wrenching items such as the fact human heads remain conscious for 15 seconds after decapitation. Diggers dug it, and since headlines that reach Digg’s home page receive an average of 129 links, soon LifeInsure ranked fourth in Google search results for “life insurance.”

Interesting approach to viral marketing — find the exponential conduit that already exists, in this case Digg.com, and jump aboard. Although we can’t say we Digg the heady message. 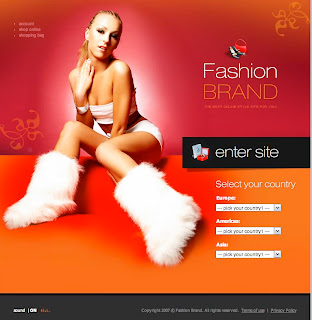 Back in the day, web sites were mysterious, and marketers had to hire consultants who could speak Latin for $100,000 a month to help draft a list of magical portal doors that would let every customer in the world in. Big PowerPoint decks debated web ROI with gravitas, and after a year of expostulation before the Board, maybe someone would boot up Photoshop and sketch a wireframe. If anyone doubted this process, an IT voice would whisper, “what about the CMS?” and naysayers would pale and quake.

We still know execs in their 50s who buy in to this baloney. (If you’re one, don’t read further. Just call us for a quote.)

For the rest of you, take a shortcut. Find sites you want to emulate. Then copy them. The great Seth notes that good web design starts the process, and if you just find a site you like — out of the kabillion out there — and tell your team to modify it, you’ve jump-started the process. Or, go to freesitetemplates.com, download a fully loaded site like the one above for $67, and ask a 15-year-old to rewrite the copy and tweak the code.

What’s more important than sites these days is an Internet presence. The web isn’t your little star; it’s the entire constellation. Get yourself visible in this vast universe with the three modern lead funnels online: pay per click, search engine optimization, and direct links from other high profile sites to you. You can buy some of this presence with Google pay per click. But to really get noticed online, you’ll have to become relevant. Start a community. Enlist customer advocates to blog. Incorporate viral techniques. Make B2B linkages to your peers, your suppliers, and your clients. Make your site helpful, a commentary, a forum. In short: get meaningful yourself, and get connected to others.

We’ll soon relaunch our own agency site at mediassociates.com. We’ve hired pros, really good ones. (Right now, they’re drinking tequila in Mexico. No kidding.) Their designs rock, hell, they’ve worked with Janet Jackson and David Gilmour. But we still wonder … could maybe $67 have gotten us the new Web 2.0? 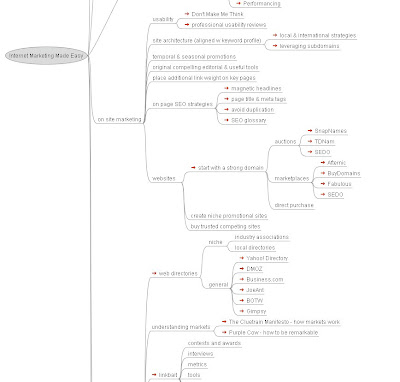 SEOBook offers a mindmap of every possible thing to think about in your internet marketing plan: research, web design, blogs, monetization, SEM, SEO, competition … with links to specialist web sites that show you how to do each component. Nuff said.