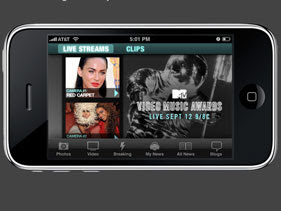 Here’s a secret your digital shop won’t tell you: Most iPhone and Droid apps are used only a handful of times before being quickly forgotten. Pinch Media recently studied 30 million app downloads and found that after 24 hours, only 20% of users tapped the app again, and after three months only 1% of users continued to engage. What’s a poor marketer who wants fame on a handset to do?

Rather than fight it, we’ve suggested using apps as a new content inventory — a toss-away campaign element that can be followed with future apps, just as TV spots or print ads are rotated out with new creative. MTV is doing just this with an updated app tied to tonight’s 2010 MTV Video Music Awards. Grab the new MTV app and you’ll get an “all-new VMA-exclusive section” with red-carpet and backstage clips. MTV scores two points, one for making its app a microcampaign with a short shelf life, and two for tapping into the concurrent media usage habit of consumers who check other devices while watching TV. If MTV convinces you to play with your smart phone during commercial breaks, you may not change the dial — helping ratings and those silly ads across all the device channels break through your cortex.

You can almost hear the executives at Viacom, MTV’s parent anticipating an 8% slide in operating income in 2009, pound the board table shouting: GIVE US MORE SKIN!

MTV’s audience ratings are down 23.9% in fourth quarter 08 vs. the year prior. The masses of teens are moving from TV viewing to web sites, social media and mobile, so MTV is tarting up new reality shows such as “A Double Shot At Love” where bisexual twin women in tiny bikinis try to decide whom to have sex with. We like the subtle promotion where one hints she has an extra part. The twins’ last names — we can’t make this up — are Ikki.**

Hypersexed advertising also creates a halo effect of public relations, as media tut-tuts over the supposed scandal and provides millions of dollars in additional free advertising. Some of today’s best agencies, such as Crispin Porter, practically build in “public scandal” as a second line on every advertising media plan.

Finally, offline media must compete with the no-skin-barred online world, in which full nudity (as in this promotion for Elave) can be used in videos and sent around with no FCC to stop the message. Sex sells. Sex creates PR. And heck, the online competition uses sex everywhere. It all adds up to more provocation in the year ahead as mainstream media advertisers get desperate for a little more consumer love.

** CORRECTION: Our agency has an eyewitness account from Sarah Ely, who notes the MTV twins’ names are Rikki and Vikki, hence the double-K Ikki. “In the first episode the challenge was for guy and girl teams to lick frosting off of mannequins. They were at it for like two hours.” Now we must tune in! 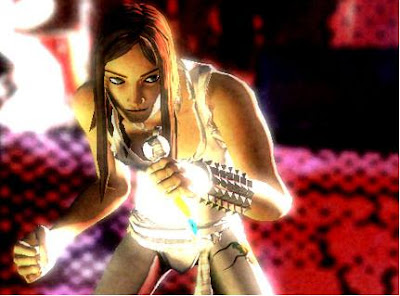 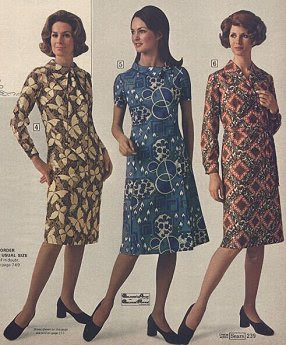 You have to wonder how far this brand-integration-into-content thing will go. With consumers skipping TV commercials via DVRs or getting video off the internet, advertisers such as Sears are weaving their content into the program. MTV and Sears will partner on a movie musical called The American Mall on August 11, just in time for back-to-school shopping.

Brand integration can be powerful. Who can forget the 1993 Jerry Seinfeld episode in which a Junior Mint flew through the air during an operation? Brad Brown, co-founder of product-placement shop Davie Brown, told The Hollywood Reporter that the “mint” episode made brand integration hip again; “the brand become a plot point, and was so successful that they (NBC) looked the other way.”

It’s all nothing new. The Reporter notes Clark Gable killed sales of men’s undershirts when he appeared bare-chested in “It Happened One Night”; Ray-Ban sunglasses sales took off after 1983’s “Risky Business.”

But at a certain point, product placement in media must have diminishing returns. James Dean made a comb look cool in “Rebel Without a Cause.” But could Sears push these fashions from 1974, above, if it tried? 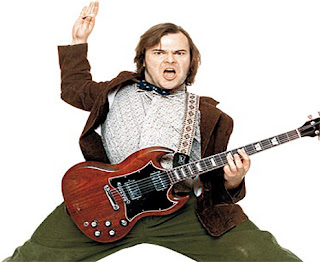 Word is the MTV video game Rock Band sold 2.5 million songs to users, who downloaded them at 2 bucks a pop. Now video games have become a valuable new content distribution channel. What may be most interesting is the unique modality of play — yes, you can be a hardcore rock star! — has fueled sales for Metallica, Foreigner, and Queens of the Stone Age, creaky rockers previously buried in the back of secondhand vinyl stores.

That’s right, kids. Your dad is hogging the console.

(Correction: Queens of the Stone Age formed in 1997. They are not creaky rockers in the back of secondhand vinyl stores; instead, they produce skull-crushing stoner rock with the objective of sex bleeding into the music. Sorry for the error.)