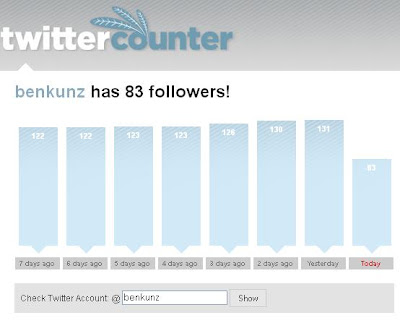 How precarious is it that you store so much of your thoughts, work and relationships online?

Last night Twitter crashed again, but this time the messaging service didn’t shut down — it misplaced “followers,” or about one-third of the people whom other people had connected with. Imagine one-third of your Facebook or LinkedIn or Outlook contacts mysteriously disappearing and you get the idea.

Twitter users screamed. The pain was intense because people carefully build up Twitter audiences over time. Some, like us, network for marketing inspiration and carefully build a group of specialized experts to converse with. Power users, such as social media adviser Chris Brogan or the ad industry’s “experience designer” David Armano, open arms to the world and build up thousands of followers.

Suddenly, human links were gone. It points out the fragility of entrusting content to online computing clouds — something almost all of us do. This blog contains more than 700 articles on advertising strategy, enough for a book and not backed up anywhere. Your Flickr photos or YouTube uploads or LinkedIn resume are floating on servers halfway around the country.

And it goes deeper, to the tools you use every day. Phone numbers are stored in your cell phone, not mind. You write electronic documents stored on spinning hard drives susceptible to crash. Your personal wealth is stored in a checking account and Vanguard fund, really computers filled with ones and zeros.

And it goes even deeper, to the future. Today we can’t play eight-tracks or vinyl records. Will blogs and Word/Excel documents and Tweets be visible to the technology users of the future? Or will our grandchildren think back and laugh at our text communications, like a pile of dried up faxes or IBM computer tapes decomposing in a landfill?

The power of using the “new thing” is hard to resist. Unfortunately, everything new at some point becomes history.

Yeah, it was coming for a while. Daniel 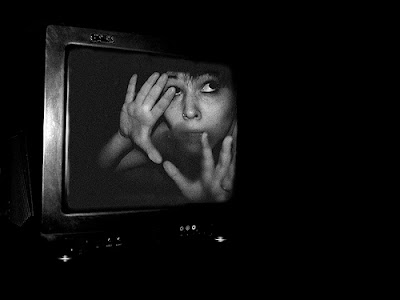 TV advertisers, worried that audiences are avoiding them by skipping ads or moving online, may now have a heart attack. TiVo has announced it will begin streaming YouTube videos to its settop digital video recorders, giving consumers a new way to be entertained without watching ads.

About 1 in 4 U.S. homes now have TiVo-type devices that allow them to record shows and fast-forward through commercials. YouTube attracts 68 million viewers a month, who in May watched 3.8 billion videos. You do the math.

Canadian animator Jeff Chiba Stearns has reflected on nine years of to-do lists with this beautiful film, drawn with a black pen on 2,300 yellow sticky notes. As John Lennon said, “life is what happens to you while you’re busy making other plans.”

Know a brand too big for its britches? Fawning over the CMO and not customers? Sydney-based marketing commentator Kelpenhagen raises a fair warning about “brand vanity” — the type of branding that is more about the ego and values of the marketing execs inside an organization vs. the actual customers.

If you follow advertising you probably heard that what appeared to be a UFO crashed by the Tower Bridge in London last weekend. After a few days of buzz — “what the hell IS that?” — yesterday the big unveil happened, in which the new Vauxhall Insignia car dropped from a silvery floating thing in the sky, men in black looked serious, and women in short attire played electronic violins.

Dammit, there is a place for big silliness in advertising. Nice work by branding shop Cow, especially in avoiding lawsuits from dropping the car on a model’s head. We so wish we had heard the debate in the original pitch meeting … 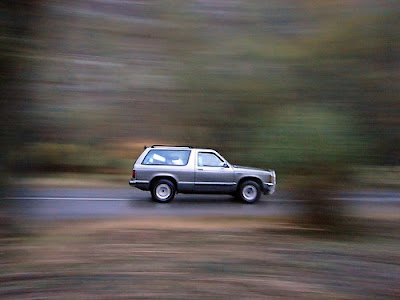 Dammit, we thought sitting in traffic last night, we’re upside down on our SUV. Not crashed upside down; finance-lingo upside down, meaning our gas-guzzler has depreciated so much that if we sold it tomorrow, we’d still owe $3,000 on the loan.

Sunk costs are past expenses or decisions that can never be recovered, and economists say it is a trap to consider them when making a decision today. But people do this, because we hate to feel regret. The classic example is an expensive theater ticket. Imagine you’re sitting home Friday night, and have a choice — you could go out to the theater, or stay home and read a novel. That night, you’re tired, so you really prefer to stay home. But you paid $200 for a theater ticket, and it is nonrefundable, so you feel compelled to go to the theater anyway.

Sunk costs create problems when managers follow a chain of decisions because of past decisions. Some (ahem) note the Vietnam War is a classic example of chasing sunk costs; the thought was we had spent too much, and lost too many lives, to “stop the war now.” The decision of investors to continue to throw money at the Concorde jet for years was another example of chasing sunk costs. Psychologically, people are reluctant to admit they failed in the past, and they seek to avoid regret in the future (which is one reason why you don’t cheat on your spouse).

Marketers make mistakes chasing sunk costs, too. Investments in past creative, in brand identities that fail, or in media campaign components that aren’t working tend to create the inertia of “we can’t change it now.” Game theorists point out that in many campaigns, sunk costs create end failure because at any single point in the decision process — do we start? continue? continue again? — the instant decision seems logical, to move ahead for a chance at a near-term gain … while in the end the result may be a negative return.

You can’t change yesterday. But yesterday influences us strongly.

On the positive side, Thomas Kelly of Notre Dame argues that honoring sunk costs may have advantages if the psychology of thrift and loss avoidance has greater overall impact in decision making. Maybe he’ll buy our SUV.

Universal has ordered Stephanie Lenz to take down a YouTube video of her young son dancing to Prince’s song “Let’s Go Crazy.” It seems that the music, barely audible in the background of the clip, is some form of copyright violation.

At first glance, this demand is laughable, but it points to the irreconcilable conflict between content owners and consumers as new tools turn yesterday’s passive media recipients into creators and publishers. Blogs, video editing tools, photo and music sharing sites, and social networks have opened a Pandora’s box of broken copyrights. The biggest irony of all is that Google, the leader in online search, makes billions of dollars annually by displaying clips of content it does not own or have rights to.

So how much sharing is too much? What is fair use? Will content creators face a world of diminishing profits and livelihood, as they are replaced by consumers stealing their ideas or creating substitute materials for free?

Will Stephanie Lenz’s baby stop at nothing?

Contrast is required in the art world (frames on paintings), in interior design (curtains on rods), and in food packaging (crunchy Oreos, soft in the middle). But advertising campaigns also require highs and lows, breaks and beats, crests and waves to get through to consumers. Do you plan a slow burn? Will you pulse the market? If your ad campaign were a string of music, how would it play out?

Think how much less powerful and poignant this fight scene would be, from House of Flying Daggers, if the hero hadn’t gathered flowers by horseback first. 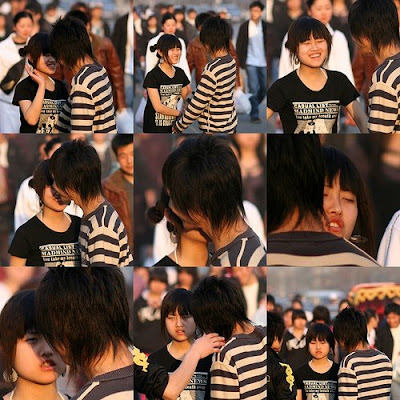 The boy said, I want to kiss you here. The girl stepped back and said, no way — so many people here. The boy said, just a light one on the nose. She did. He pressed her cheek, and said “thank you.”

A sweet love scene recorded in China by Ernop. In Chinese? Or English?

Wired magazine notes that English is fast becoming a foreign language. By 2020, only 15 percent of English speakers in the world will live in countries such as England, Australia or the United States where it is a native tongue — the other 1.7 billion people will be Chinese, Japanese, Romanians, and hundreds of other nationalities who are learning, and shifting, English as the worldwide language of business.

Wired notes that this global usage is creating dramatic shifts in English grammar. In China, adding “did” or “do” to questions is being dropped. The sound of vowels is changing, and subjects are disappearing. It’s a fascinating combination of how language has always evolved, and how the removal of geographic barriers means your own tongue today may be owned by others on the other side of the world tomorrow. “Soon,” Michael Erard writes, “when Americans travel abroad, one of the languages they’ll have to learn may be their own.”