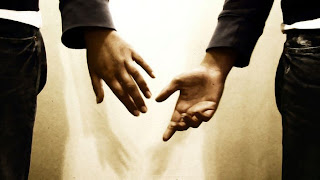 If you missed the news today, Disney — purveyor of Marvel comic resurrections and Martian remixes — has something big up its sleeve: a new technology that could make iPhones and iPads obsolete. It’s called “swept frequency capacitive sensing” and basically turns any material into a responsive touchscreen.

Any material into a touchscreen. Your jeans. Your T-shirt. Your car dashboard. Your couch. The water running from your kitchen faucet.

This is (a) mind-blowing and (b) predictable, if you consider it. The technology, termed “Touche” (Disney, please get a better branding firm), was created by Disney Research in Pittsburgh, part of the entertainment giant’s R&D group. Reporter Rebecca Lipman at Kapitall suggests the tech could allow any surface to pick up the swoops and pinches you now squish on your smartphone, creating limitless applications. You sit on your sofa, the TV turns on. You tap left-right on your steering wheel, and your car’s phone calls home. You kiss another woman, and your wife gets a warning call from your ChapStick. Don’t even get me started on the bathroom and bedroom potential.

Ken Farsalas, an equity guru at Oberweis Small-Cap Opportunities Fund (who must be drooling over Disney’s stock, oh yes), suggests “The next biggest thing is sure to be ubiquitous connectivity.” Talk about radical innovation. If anything can be a responsive touchscreen gadget, then what happens to gadgets? Instead of buying the iPhone 6, you might just tap your belt to check the weather. 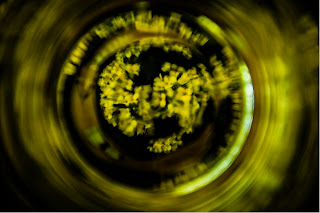 It’s time to redefine what a TV set is, because in a world of glowing panels, calling some televisions and others computer/mobile/tablet screens makes no sense.

Case in point: Yesterday I predicted in Bloomberg Businessweek that Apple will soon launch a real TV device (not its current little streaming gadget). While this news has been bandied about for more than a year, I suggested Apple may carve out a new niche of secondary, smaller screens. Why?

First, big televisions are already beautiful, and an infrequent purchase decision. It will be very difficult for Apple to get you to swap out the monster screen you bought two years ago…  Second, Apple’s real play will be content sales, not TV hardware profits … there is huge bloat in what we subscribe to, and we pay cable companies about $74 billion annually for this privilege. Add the $70 billion in TV ad spending, and Apple could grab a slice of a $144 billion video market.

These are all easy bets — Apple is brilliant at reinventing products, and if most U.S. consumers have upgraded to gorgeous, large flat-panel sets, then creating a secondary market of video devices for the home is a no-brainer. But beyond this silly little prediction is a question: What are TVs, and why do consumers love them so much?

Yes, households are cutting cable subscriptions and CNN’s ratings are in the tank. But Nielsen notes U.S. consumers still watch more than 5 hours of video each day — and if you include computers, tablets, and phone video usage with TV sets (the only thing Nielsen tracks in ratings is video received via televisions), then video usage is way up. When you read reports that households now hold slightly fewer television sets (about 3 per household in the U.S.), remember “TV” is an arbitrary delineation of the broader video screen category. When I hear social media gurus say no one watches TV anymore, and then link to the videos they are producing for clients, I laugh.

Nielsen is as darkly responsible for this as anyone, since Nielsen is the organization in charge of reporting on (and really, defending) traditional TV impression metrics. The migration of consumers to other devices is real, but if Nielsen begins to blur its ratings for broadcast TV and cable, advertisers howl. So one “slice” of screens remains labeled televisions, while the growing glut of other digital panels is termed something else. This device demarcation makes as much sense as print publishers reporting on audiences based on the different thicknesses of paper stock.

Video usage is a function of personal space

So what is television? How does a video differ? Several years ago I wrote a guest post at Brandflakes for Breakfast that consumers have three modalities of intaking information in their “personal space,” from social space at about 10 feet away (a campfire distance perhaps used by ancestors for telling stories late at night) to a personal space of about 3 feet (the visual distance you have for holding a tool in your hand) to the most intimate space near your body (the distance of a whispering lover or child). Today movies/TV panels fit the distant space, laptops and mobile handsets and tablets fit the work-tool-in-hand space, and cell phones whisper in our ears.

Our human consumption of media has not really changed since we gathered around fires with our cave-people ancestors. We need inputs from a distance, from our hands, and from our ears. We love video because sitting back to listen to tall tales is a storyform that goes back 50,000 years. Apple will launch TV panels because there’s an innate urge in each of us to take in images. The very definition of TV will change as television sets and LCD panels and computer screens and tablets and windows with shifting images all begin to push images, from social to personal to intimate space.

There is no TV or laptop or mobile screen or social media video. There are only moving images. And just like our ancient ancestors, we all like to watch.