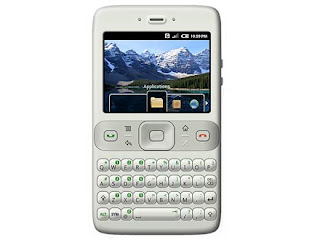 Google has released the SDK software development kit for its mobile application, the first images hit CNET — and it sucks. The screen shot above shows a prototype for the Google cell phone software, poised on an old, circa 2007 cell phone with plastic buttons. Sure, it’s early in the game, but we see a man down on the field. In fact, the field is on fire and the crowd in the stadium is running for the door. Here are the 3 looming failures.

1. Hardware design counts. And Google can’t do hardware. Mobile phones are migrating to 4-inch-by-2-inch touchscreens, and there is only so much you can do with a GUI that size. Google is a genius at indexing and sorting content, but that is not why consumers lust for cell phones. The image inside the screen is only half the battle; the rest is the cool yin and yang of plastic and glass in our hands. We buy them for the same reason we purchase $3 coffee or $300 jeans or $30,000 cars — because some products project our identity, and with phones we want the coolest integrated mobile gizmo of all. Motorola’s Razr didn’t take off because it had a killer interface. The original Razr screen stunk, riddled with broken pixels and poor resolution. But it was thin, it had little hard edges that resonated on the thumb and index finger, and when you flipped it, it swiped open with a wrist-resonating thunk. The interface was thought through, and it felt right in the hand, like a pistol on the range in Montana or the rubber tip of your pencil on the first day of school.

2. Microsoft will be back. And Microsoft is ticked off. Redmond, Washington has been absent from this recent dialogue over new cell formats, but you better believe with the future billions of mobile ad dollars at stake, Gates & Co. are revving up a new, improved Vista Mobile for cell phone systems. The current Vista is a joke, chocking PCs with its GUI gumbo, but we have to believe Microsoft will not cede mobile communications to Apple and Google. Microsoft has screwed up royally, relying on PC software (soon to be obsolete) and dragging out a horrible release of its new OS. In the magical Potter-esque tale of technology, you know Lord Micromort will be back.

3. Apple is ahead of the pack. And Apple runs fast. Cell phones require content and look and feel. Look and feel are most important. That’s why your kid owns a Razr and you still want the iPhone. Design is not about consensus, it’s about vision. Some say Steve Jobs is a jerk, but he’s also a genius, because somehow he pushes design through.

Good luck Google, with the design consortium. But here’s betting your stock doesn’t hit $1,000 and that we never use your cell phone.

18 thoughts on “Game over: 3 reasons why Google Android will fail”