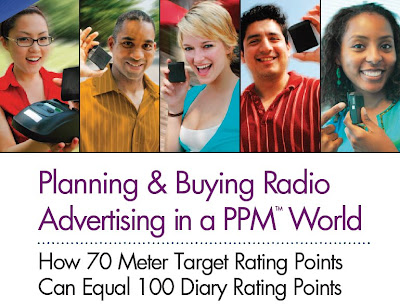 A new electronic measurement system for radio ratings has exposed the fact that GRPs aren’t what we thought they were — real ratings are actually off 30% or more in the first two markets, Philly and Houston, where the Portable People Meter was used. This PPM device replaces diaries to monitor how people really listen to radio, and it found people skip around the dial a lot more than previously thought — in general, hurting ratings of any single station. The PPM system goes to NYC next, and by end of ’08 will be in the top 10 U.S. markets.

This means your radio buys have been weaker than you thought. Marketers who thought they were buying 100 GRPs were really only getting 70 GRPs for their money. If they want to get to 100 gross rating points, they’ll now need to spend more. Arbitron is trying to mask the bad news with full-page ads in MediaWeek telling buyers that the new GRPs are more powerful. In actuality, 30% of the old GRPs have vaporized.

There is some good news as radio ratings tank — the more accurate data will allow media buyers to build more sophisticated plans, buying deeper into lower-ranked stations to get exactly the reach and frequency clients want. With a real read on the audience, we can now place ads more likely to hit the real listening target, which in turn should boost responses and customer action. 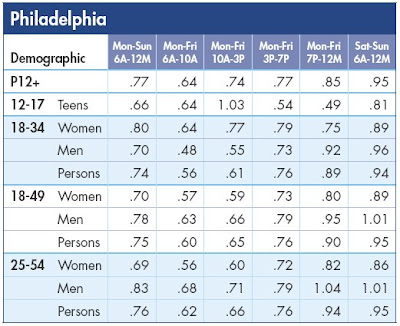 1 thought on “Radio ratings tank, so Arbitron spins the truth”