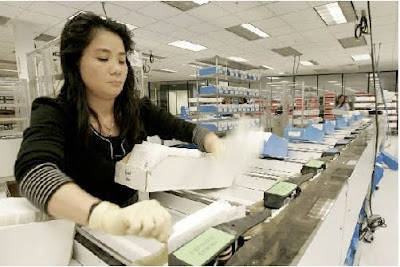 Netflix, the former movie discs-by-mail company, has been on a growth tear lately, and now it’s all about streaming and avoiding the Post Office. In 2009 Netflix grew nearly 25% to 12.2 million subscribers, of whom 48% have tried streaming TV or movies at least once. The company makes healthy profits on its $1.7 billion in revenue, but more streaming would jack all that through the roof. Netflix has signaled as much with three major moves:

2. In early January, news broke Netflix will be added as a remote control button on Blu-ray players from Sharp, Sony, Panasonic, and other major home electronics manufacturers — putting video subscription by Internet in your hands whether you want it or not.

3. Yesterday Netflix announced it would no longer allow its users to manage their DVD queues via connected devices, such as Wiis — you can only set up DVD mailings via the web site.

Hmm. Pricing enticements, buttons on remotes, and forcing you to walk into the home office to pick a DVD mailing — Netflix obviously wants DVDs gone. The photo above of a Netflix distribution center hints why the company is interested in beaming movies over wires vs. sorting and shipping them by truck — imagine what all that costs.

As with any forced customer migration, there are risks. Analyst Richard Greenfield of BTIG Research told Home Media Magazine that Netflix might damage customer loyalty by pushing so hard away from mail, given that in Q3 2010, mailed discs still accounted for 41% of the home video rental market. But Netflix seems willing to take that chance, eyeing millions in freed up costs and a bet streaming video is the future.

1 thought on “Netflix pushes you away from discs”