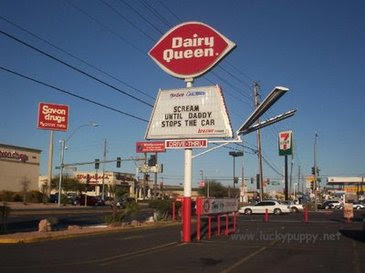 Marketers could learn a thing or two from the ongoing debate on U.S. health care. Namely, in public communications battles, you don’t have to convince everyone — just a few percent in the middle.

First, the news: The United States is embroiled in arguments over whether and how to reform its health system. About 18% of Americans under 65 lack health insurance, and the United States is the only Western industrialized nation that does not provide universal health care. Universal coverage does not necessarily mean socialism or extreme taxes — there are actually four very different economic models which can be mixed to pay for it, including single-payor, private insurance, public insurance, and compulsory insurance. In a way, the U.S. already has universal coverage: emergency rooms provide last-resort care to the ill without insurance, and hospitals must offset those unprofitable cash drains by earning more in specialties such as cardiology and orthopedics. Critics of reform respond that healthcare will account for 21 percent of the U.S. GDP by 2020, that the free market is the most efficient check and balance on those costs, and that government bungling would lead to rationing and diminished services.

No matter. The issue is complex, so both the left and right have created glowing/demonizing language around the issue. Liberals have coined the positive-feeling “Public Option” title, minimizing future rationing or tax costs. Conservatives have suggested a federal plan (which includes end of life counseling) might kill old people and is downright evil. And so this week townhall meetings erupted into fights, putting people in hospitals. Everyone pointed fingers, with liberals blaming conservatives for inciting riots and conservatives suggesting liberal union thugs were threatening Middle America.

Why such extremes? It’s good communication science. Hyperbole works because in politics or crowds where the average opinion must be swayed, public relations doesn’t have to change everyone — just the central balance of the scale.

For example, the U.S. population remains relatively split between the two major political parties. While the 72 million registered Democrats now outweigh the 55 million Republicans, the recent presidential election was neck and neck until the economy collapsed in September 2008. If the Dow had gone up instead of down, McCain would now be president. The even split, plus general apathy on most issues, means any political consensus could swing either way with enough push.

Communicators influencing the masses know that in the middle of any spectrum, there are a few who can be swayed. Liberals and conservatives are already dug in. But if 1 in 20 people in the central base believe (pick your reality) that healthcare reform could protect the lives of 46 million Americans who don’t have coverage / will risk the lives of millions by rationing their current insurance, the issue will tip toward victory or defeat.

Which explains extreme messaging. Everyone on the edge of an issue already hears you. So you have to shout to get to the center.