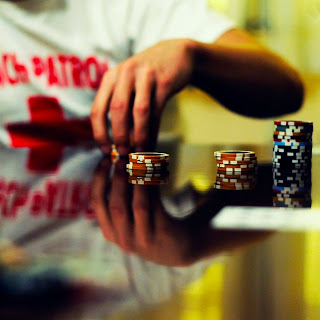 A riff on group dynamics that could save your next meeting.

Decisions are difficult in business because hierarchies and org structures, however well thought out, culminate in small groups trying to reach consensus on difficult issues. If you’re in a meeting, the outcome is important — you wouldn’t be there if the decision did not entail some risk or some reward. Funny thing is, the strongest influencer in a meeting is usually not the most senior manager. Often, an unexpected player steers the decision to a biased, wrong-headed conclusion. This is the danger of “propinquity.”

Propinquity means “nearness in relationship,” and was outlined by management consultant David Hillson in a 2009 paper “How Groups Make Risky Decisions.” Hillson suggested that if the risk of an issue being debated by a decision group is very close to one individual, that person will become a vocal force as influential as a top officer.

To see how propinquity works, imagine a group of managers convening to decide which color to paint a new office. Participants include:

– Sally, a senior manager who formerly led a paint department
– Frank, a mid-level manager with expertise in interior color design
– Tom, a junior manager … who as a child was frequently locked in a small blue room for “time outs”

As the color committee begins to discuss choices, Tom proclaims, “Blue is a horrible choice, it’s too babyish. We can’t include it.” The other participants, swayed by Tom’s strong opinion, agree. Blue is off the table.

What happened? Tom — unbeknownst to others, and perhaps unknown to him — had high propinquity to the color choice. His passion swayed the group, beyond the opinion of the other members who had more expertise.

Hillson suggests this type of group-member bias is important to recognize, because studies show that participants in decisions with high propinquity skyrocket in influence — rivaling or surpassing that of individuals with high power. This results sub-optimally in the group decision really being made by one person, who of course does not have access to all the data for the most rational execution.

It’s a bad choice, but I saved my bonus

– Develop a new service that could drive new revenue … but that might reduce the bonus for one manager who works in a competing department.
– Launch a communications campaign that could generate positive PR … but that conflicts with the power of an internal manager.
– Merge with a new organization that could triple annual profits … but undercut the power of the current team leaders.

It’s not hard to envision someone in each scenario above making strong points to nix the best decision for the organization.

Business history is littered with examples of decisions missed based on individual, or business unit, fears. IBM could have owned Microsoft’s early operating system, but dismissed it because its fortunes were tied to mainframe computers. Microsoft could have launched cloud-based apps before Google, but doing so might have cannibalized its PC software division. Kodak could have led the digital camera market, but doing so would have threatened its old film business. Clayton M. Christensen defined this macro-business illogic in his book “The Innovator’s Dilemma,” in which radical innovation can lead to enormous future profits … but is often blocked if seen as threatening to existing business groups. Entire businesses can make suboptimal decisions if they have too much propinquity, or nearness, to the risk.

Boil it down and if a decision has a potential outcome that affects us personally, we often over-emphasize the risk … and end up not making any decision at all. Propinquity creates a type of “risk inflation,” where the peril may not be large to the overall organization, but challenges our current reward structure.

The solution is to self-regulate, to step beyond the shell of our personal rewards or fears to really evaluate how the decision may benefit or harm the organization as a whole. A good test is to ask two simple questions: If we do ______, where will our organization be one year from now? Is that a better place? And if it is, then leave your propinquity by the door.

One thought on “In group decisions, beware the risk of propinquity”